The Roybal School of Film and Television Production is set to launch in Fall 2022 as a magnet school, the LAUSD said.

LOS ANGELES - Seeking "transformational change across the entertainment industry for students from underserved communities," the L.A. Unified School District Monday announced a partnership with an array of Hollywood stars and industry leaders on a specialized high-school academy that will provide hands-on training and a pathway to production jobs.

The Roybal School of Film and Television Production, which will be housed within the Edward R. Roybal Learning Center, is set to launch in Fall 2022 as a magnet school, the LAUSD said.

"This effort will help open the doors of opportunity for a diverse group of students from underserved communities," Superintendent Austin Beutner said.

"This groundbreaking program will help prepare students for good-paying jobs in the film and television industry by integrating practical industry experience and internships for students into the curriculum."

According to the LAUSD's announcement, the new Roybal academy "will provide Los Angeles Unified teachers with access to renowned storytellers, along with industry professionals and experts, and support students with a robust academic education and practical training, establishing a clear pathway to good-paying jobs.

The inaugural program will feature a curriculum developed to meet the standards prescribed by the state of California and the University of California system, the LAUSD said. In addition, students will receive real- world experience through a dedicated internship initiative.

The new Roybal academy will start with ninth-and 10th-grade students, and include Grades 11 and 12 over the next two years, with potential to expand the pilot program to more schools throughout the Los Angeles area, the district said. 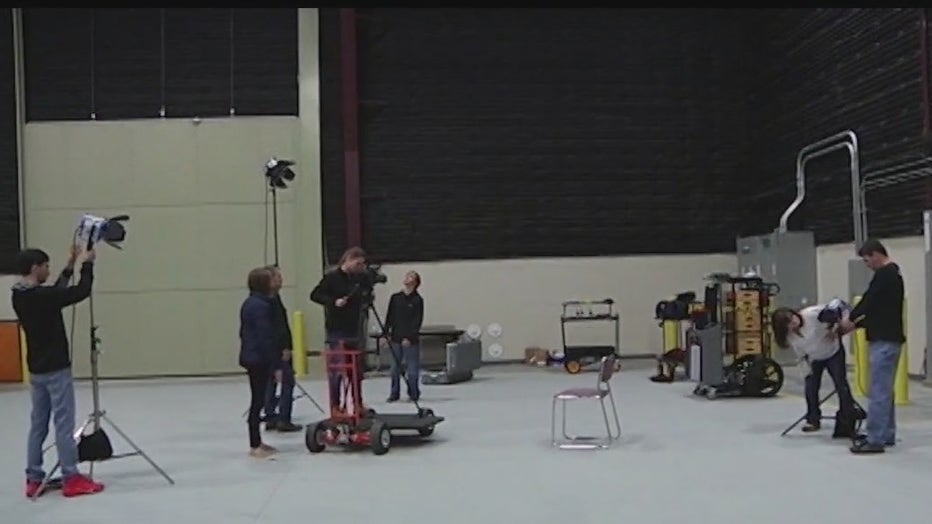 "Physics is involved in the choice of a lens by a cinematographer, math is part of the foundation for a musical score in a film, critical thinking skills are needed to design a set, screenwriters needs a foundation in literacy, and a makeup artist needs to know the chemistry of the different materials they might use -- all of this will be tied into the curriculum at the school," Beutner said.

"We are excited to have the support of these extraordinary industry leaders to create opportunity for children in the Los Angeles area."

The founding members will serve on the Roybal School's Advisory Board.

"Our aim is to better reflect the diversity of our country," said Clooney.

"That means starting early. It means creating high school programs that teach young people about cameras and editing and visual effects and sound and all the career opportunities that this industry has to offer. It means internships that lead to well-paying careers. It means understanding that we're all in this together."

Said Avant: "Everyone involved with this effort understands the need to create points of access -- access to resources, information, skills and mentorship. It is our hope that every guild and company across the entertainment industry landscape joins our efforts to build a bridge to opportunity."

"We invite every interested and committed person and company in our industry to join this effort," he added. "We have the collective power to accelerate the academic and professional trajectories of so many students and bring about positive change."

The newly formed academy marks the second time in as many week that the LAUSD has announced a partnership with show-business bigs.

The school -- also targeted for a Fall 2022 opening -- will be known as Regional High School .1 until the official naming process is completed.

Its curriculum will focus on multidisciplinary, hands-on learning, with a strong emphasis on real-world projects with top companies and non-profits.

It will be co-located on the Audubon Middle School campus and serve up to 124 students initially.