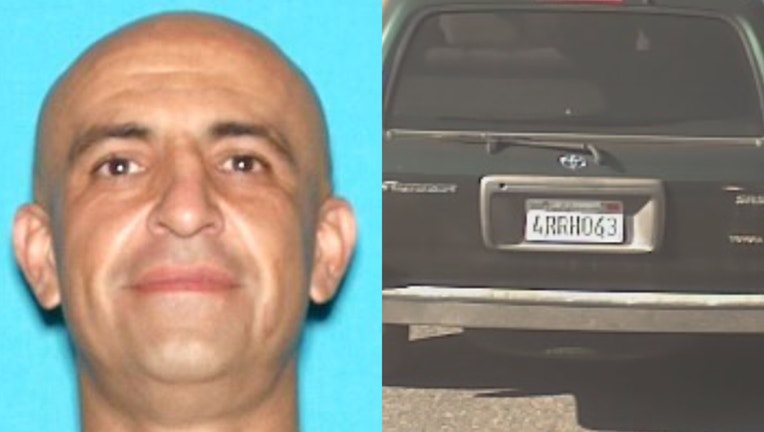 HACIENDA HEIGHTS, Calif. - The Los Angeles County Sheriff’s Department on Wednesday sought the public’s help locating a double-murder suspect who is accused of using a baseball bat to kill his mother and stepfather at their Hacienda Heights home earlier this week. Nelson Fermin Garibay is considered "armed and dangerous."

LASD investigators named the 44-year-old as a suspect in the double-murder that took place inside his family's home on the 14400 block of Marwood Street, located near the intersection of South 7th Avenue and Don Julian Road.

Deputies from the Industry Station responded to the home around 12:30 p.m. after receiving an assault with a deadly weapon call. Arriving deputies said a man at the home told them he had been attacked by Garibay, LASD said.

Authorities then discovered a 73-year-old man and 65-year-old woman who both sustained significant head trauma inside the home. They were pronounced dead at the scene, LASD said.

The Los Angeles County coroner’s office identified the female victim as Irma Ruiz Garibay. The names of the other victims have not been released by authorities.

The third victim was taken to a local hospital with non-life-threatening injuries, officials said.

In their investigation, detectives said they believe Garibay attacked his victims with a baseball bat and left the area in an unknown direction in a green 2001 Toyota 4Runner with California license plate 4RRH063, authorities said.

Garibay was described by authorities as a Hispanic male, 5 feet 8 inches tall, and weighing 180 pounds.

Anyone with information is asked to contact the LASD Homicide Bureau at 323-890-5500.