The suspect in the Las Vegas strip deadly stabbing spree, 32-year-old Yoni Barrios, is an undocumented immigrant with a California criminal record. He is accused of stabbing eight people, two of whom died, on the strip.

An arrest report from the Las Vegas Metropolitan Police Department obtained by FOX 5 Vegas states Barrios arrived in Las Vegas two days prior to the attack from California. Barrios allegedly intended to move in with a friend, but the report states the friend told him he could not stay at the house. Barrios then packed his belongings and took a bus to the Las Vegas Strip, arriving at around 8 a.m. Thursday.

According to the report, Barrios told authorities that while on the bus ride to the Strip, other passengers were making fun of him. 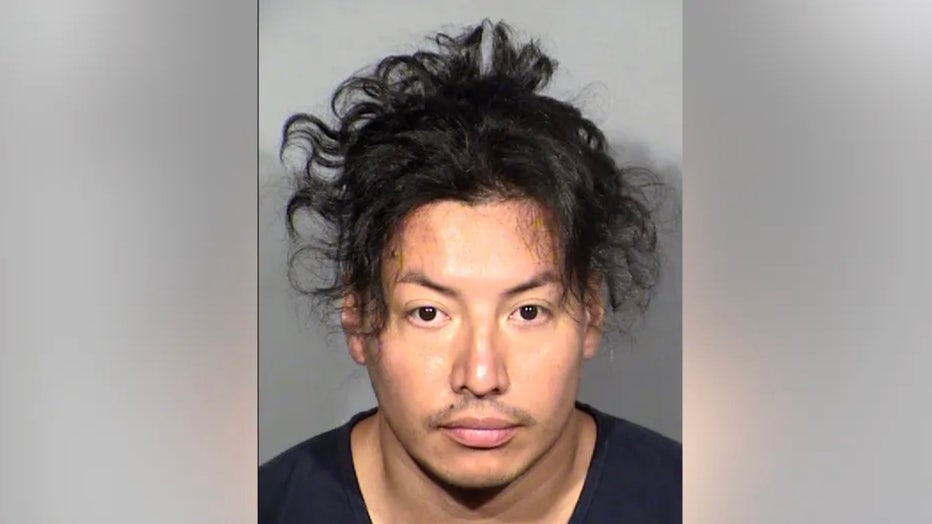 Yoni Barrios was identified as the suspect in a stabbing on the Las Vegas Strip. (Las Vegas Metropolitan Police Department)

The report also states Barrios went to the Wynn Hotel and Casino and spoke with a janitor about a job. Barrios reportedly asked the janitor to contact ICE for him so he could return home to Guatemala. According to the report, Barrios then told a security guard at the Wynn that he was trying to sell his knives. The security guard, according to the arrest report, "told Barrios to jump in front of a train."

After leaving the hotel, Barrios reportedly told a group of four showgirl impersonators that he was a chef, and when one of the girls backed away, he charged at them.

The girl who initially backed away told police she "felt pressure to her back and fell to the ground." The girl then said she saw Barrios charge toward Maris Digiovanni, 30, who has been identified as one of the victims who passed away in the attack.

Digiovanni's brother wrote on social media in a post about his sister, stating "it is with great sadness that we say goodbye and see you later to my amazing little sister." The post continued stating, "please pray for our family and her husband. We appreciate the space to grieve in the coming days and know she touched your lives as she did ours."

Barrios told police he thought the women were laughing at him and making fun of his clothing. According to FOX 5, the report then said after the incident with the showgirls, Barrios ran southbound on the sidewalk and then stabbed Brent Hallet, 47, killing him.

In the report, police were told Barrios was hoping officers would shoot him. Police recovered a 12-inch bloody, chef knife. Police said Barrios was shown a photo of the knife and confirmed it was the one he used.

Barrios was booked on two counts of open murder and six counts of attempted murder with a deadly weapon.