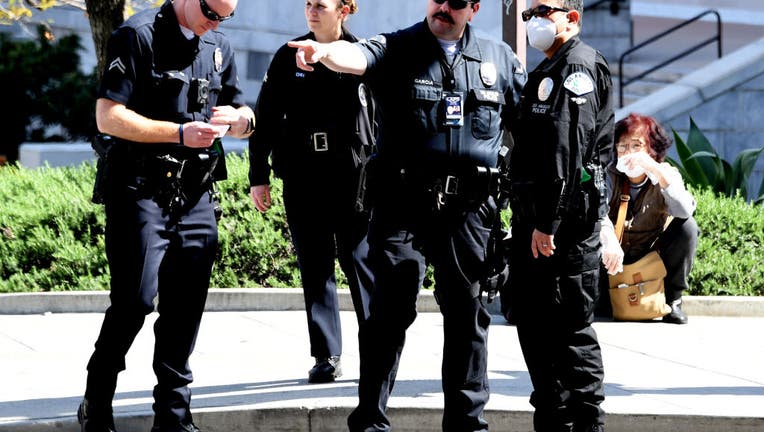 LOS ANGELES - The Los Angeles Police Department has seen a roughly 300% increase in reports of landlord-tenant disputes compared to two months ago, before stay-at-home orders took effect, according to figures released on Monday by a nonprofit news organization.

Police responded to 100 calls of renter-landlord disputes on April 1, when rent was due for the first time since stay-at-home orders left waiters, bartenders, cashiers, and other without a paycheck, according to the report by Crosstown, which is based out of the USC Annenberg School for Communication and journalism.

The average number of daily calls to the LAPD about renter-landlord disputes during the first 10 days of April was 56, compared to 22 in March and 19 in February, according to Crosstown. LAPD's Media Relations was unable to immediately confirm the numbers to City News Service.

The Los Angeles County Board of Supervisors voted unanimously earlier this month to expand tenant protections during the COVID-19 crisis, on top of a moratorium on evictions and rent increases.

The county is also exploring a program that would provide rent subsidies of up to $1,000 per month for up to three months for families who have recently lost jobs, though the details have yet to be worked out.

The overall level of funding will depend on how much money is allocated by the federal government and whether that can be matched, in part, by private dollars.