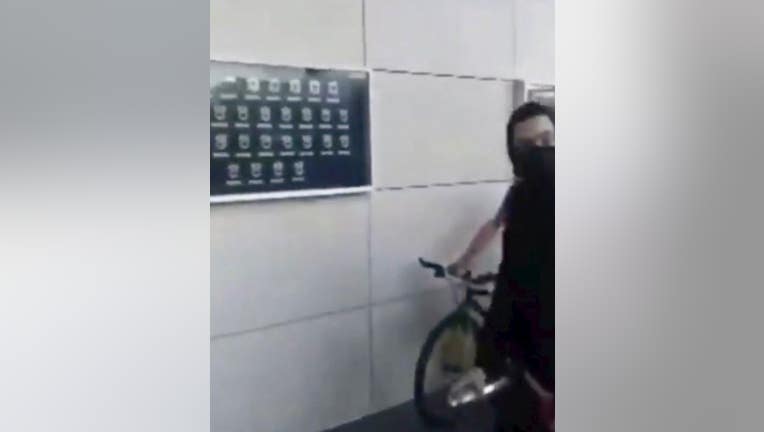 LOS ANGELES - Authorities are seeking the public's help to track down suspects involved in vandalizing a memorial display on an outside wall of the Los Angeles Police Department's headquarters in downtown Los Angeles. 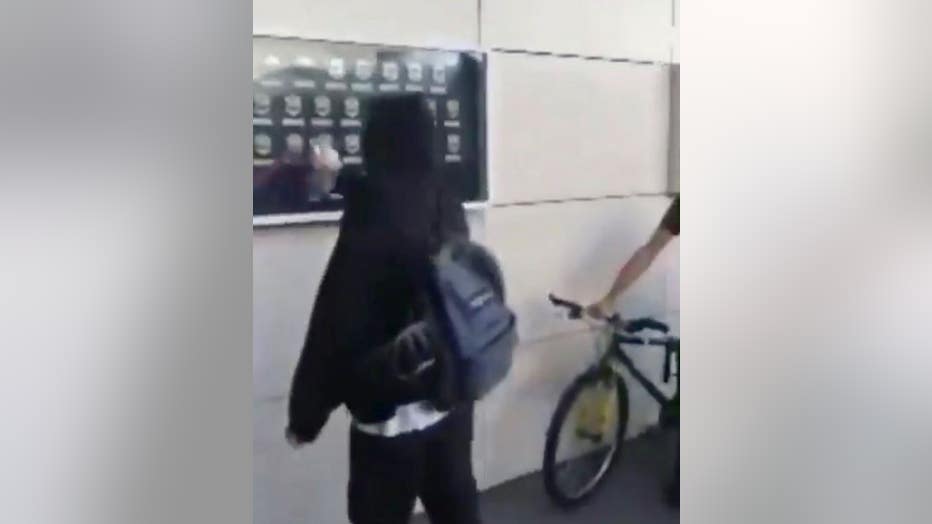 A group of protesters entered the property and defaced the wall and a display case with red paint.

"The officers memorialized in these cases made the ultimate sacrifice for their city. Now we need your help finding that responsible for defacing our tribute to their sacrifice," an LAPD statement reads.

The department released images of the damage, along with an image of a man with a face-covering defacing the structure with paint.

Two separate demonstrations began in front of Los Angeles City Hall on Saturday afternoon, one organized by the group Refuse Fascism as part of an ongoing series of demonstrations against the Trump administration and the other by the Youth Liberation Front.

The YLF demonstration was part of a daylong action in more than 30cities to support protesters in Portland, who have demonstrated daily since May 29 against police brutality and systemic racism, and have been in a standoff with federal troops since early July.

According to authorities, participants smashed windows and spray-painted slogans at the Metropolitan Detention Center and threw objects at officers during a federal courthouse confrontation.

All LAPD personnel remained on duty past the end of their shifts as part of a citywide tactical alert, and many were sent to the downtown protest.

After leaving Los Angeles City Hall around 5:30 p.m., the crowd marched to the LAPD headquarters building at First and Main streets, where they shouted at the two front desk officers while someone spray-painted red Xs on the exterior memorial display cases.