An LAPD motorcycle officer was hit in Carson on the morning of April 26.

CARSON, Calif. - A Los Angeles Police Department motorcycle officer was rushed to a hospital after he was struck by a car in Carson while on his way to work Tuesday morning, officials said.

The crash was reported at the intersection of South Avalon Boulevard and South Albertoni Street at 6 a.m. 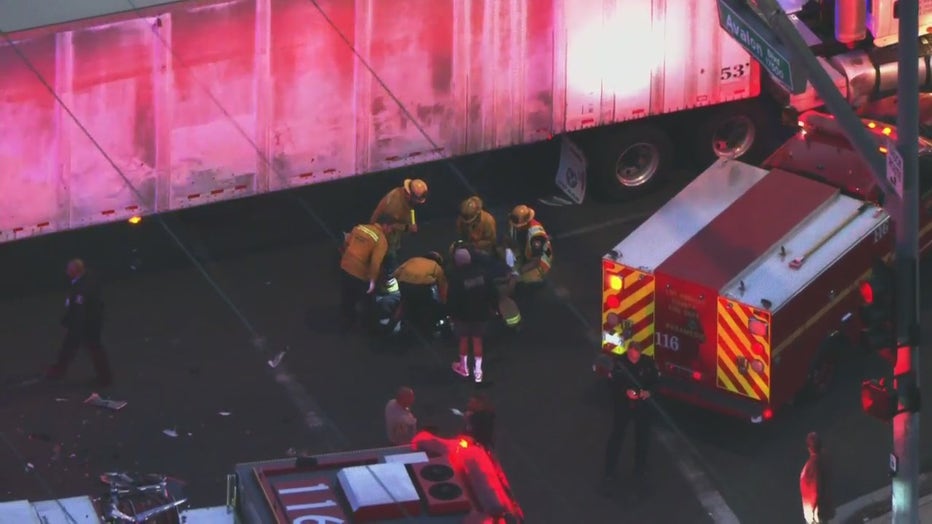 The officer is in stable condition and his name was not released. 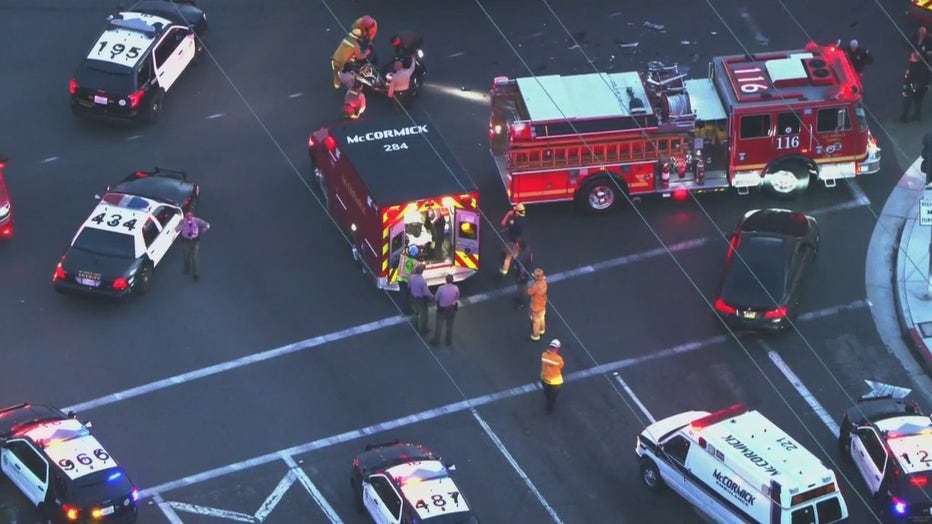