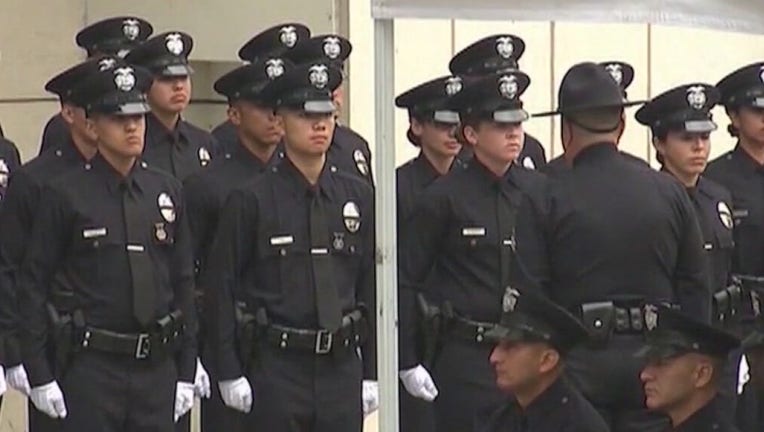 LOS ANGELES - Los Angeles Police Chief Michel Moore said Tuesday that over the next three months the department will use added staff in its investigative and uniform units in an effort to curb an increase in homicides and gun violence in Los Angeles.

The department has a 20% solve rate for shooting victim cases and about a 70% solve rate for homicide cases, Moore said. The city has experienced 44 more homicides this year verse the same period last year, and has seen an additional 250 shooting victims. About 19 people were shot on average each week in the city in 2020, and Moore says the number has increased to 28 per week in 2021.

"We need to ensure that the public is working with us and us with the public to identify those responsible so that we can stop further acts of violence," Moore said. "I believe that our investment over the next 90 days – centering on what works, what we know as far as enforcement, what we know as far as community engagement and a uniformed presence in our communities – holds some promise to stem the tide of this increase that is occurring not just here but across the country."

US cities preparing for summer of gun violence

The murder rate tends to increase in summer months and law enforcement officials across the US are preparing for the worst. LAPD says they have already seen a 23% jump in murder rates this year from last year.

He added that the department has had similar investments during previous summers.

Moore said that gang reduction specialists are in hospitals working with victims and families to "quell retaliation" and "try to dispel rumors and myths and to encourage people not to engage in violent crime and violent acts against one another."

He said the department will especially focus on investigative resources over additional uniformed officers.

"We're leaning more towards the investigative resources to identify the underlying individuals, recognizing that hot-spot presence, just being there, is a very expensive engagement, and we can spend more time working with our community to identify those responsible and apprehending them, then we take off the street individuals who we believe are a small number of individuals that are creating the large majority of violent crime," Moore said.

The chief also emphasized the need to understand where people are obtaining firearms used for crime, and noted that President Joe Biden announced a gun trafficking task force for Los Angeles.

"What's critical is that we identify those that are holding those triggers and also identify the means of which they're coming into possession of those handguns and firearms so we can deter further violence," the chief said.

Moore expressed concern about the effect the latest surge in COVID-19 cases would have on violent crime as people retreat back into isolation. He has previously cited stress from the pandemic as a factor in increasing homicide and gun violence.