On May 19, around 6:40 p.m. police received a call from a resident saying he was shot at with a BB gun while walking in the area of Esperanza Drive and Golden Hills Road.

Police say a few moments later another person called in to say they were shot at while in the area of Wheeler Avenue and Ruggles Street, which is about a mile away from the first caller.

Police say the description given by both callers was three to four young men driving in a white 4 door sedan, possibly a BMW or Lexus.

Neither person was injured.

These incidents in La Verne come as California Highway Patrol continue to investigate a series of shootings involving BB or pellet guns that have damaged vehicles along the 91 freeway in Riverside and Orange counties. 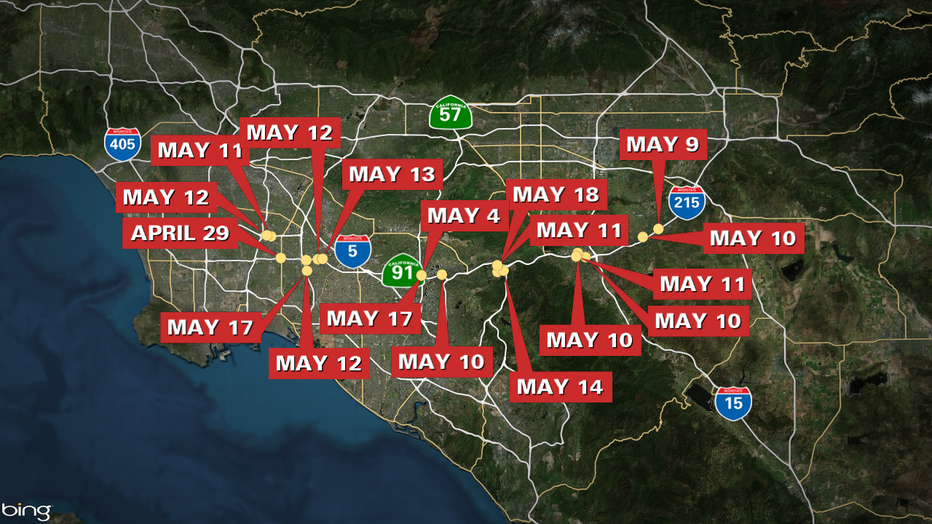 Over a dozen shootings have been reported in the month of May.