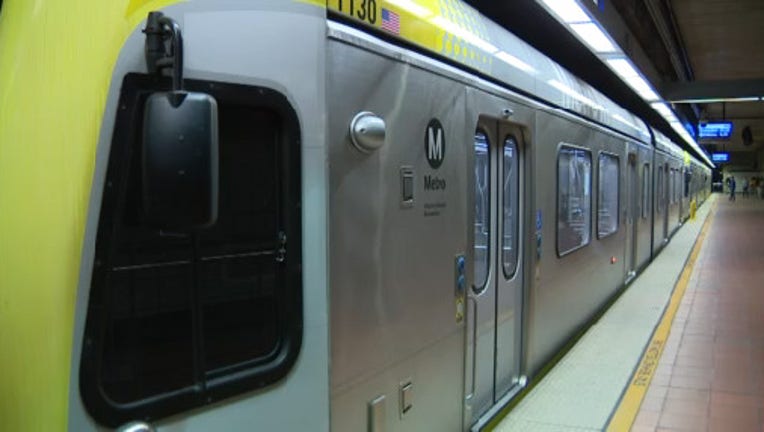 LOS ANGELES - People looking to party on New Year's Eve can avoid drinking and driving by taking advantage of free transit rides that will be offered throughout the Metro system.

Train service will be offered around the clock for New Year's Day, but the free rides will end at 2 a.m. Wednesday.

Metro officials noted that the Del Mar, Memorial Park, Lake and Allen stations on the Gold Line offer the best access to the parade route. People heading to the Rose Bowl Game can take a free shuttle bus from the Parsons parking lot, which is four blocks west of the Memorial Park rail station.

In addition, LBT will offer late night service on select routes, with some routes leaving the Transit Gallery on First Street between Long Beach Boulevard and Pine Avenue as late as 2:45 a.m. on New Year's Day.

The complete list of routes and schedules is available on LBT's website www.ridelbt.com/newyear. Customers can also call 562-591-2301 or online for route planning assistance.

Taking mass transit or other forms of alternate transportation should be on the minds of anyone planning to drink alcohol during New Year's Eve celebrations, especially since law enforcement agencies will be out in full force looking for impaired motorists, authorities said.

The California Highway Patrol will conduct a Maximum Enforcement Period, with all available personnel deployed, from 6 p.m. Tuesday through 11:59 p.m. Wednesday.

"Please make smart choices this holiday season," CHP Commissioner Warren Stanley said in a statement. "Whether impaired by alcohol or drugs, the result can lead to arrest, injury or death. Either way, the impact will be life-altering."