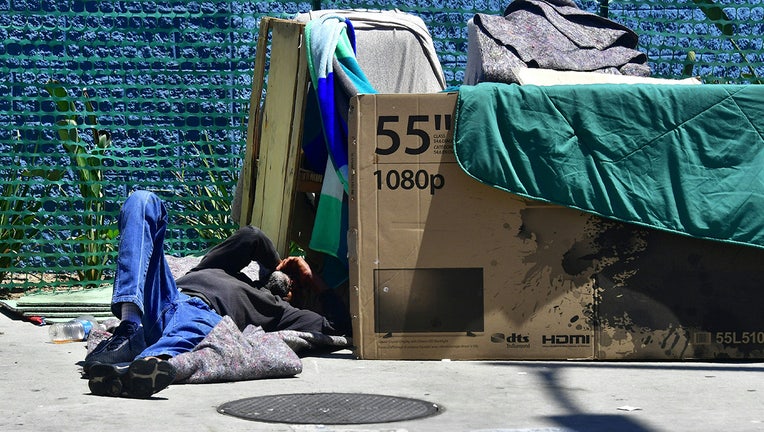 LOS ANGELES - With rain lingering in the forecast for a few more days and cool weather likely on tap through the holidays, a series of Los
Angeles Homeless Services Authority winter shelters will remain open through 7 a.m. Jan. 2.

The shelters are spread throughout the area, and offer food and outreach services for the homeless.

-- The Weingart Center on skid row in downtown Los Angeles;

-- the First to Serve shelter at the West Los Angeles Armory; and

Information on shelters is available around the clock through LAHSA's Winter Shelter Hotline at 800-548-6047.