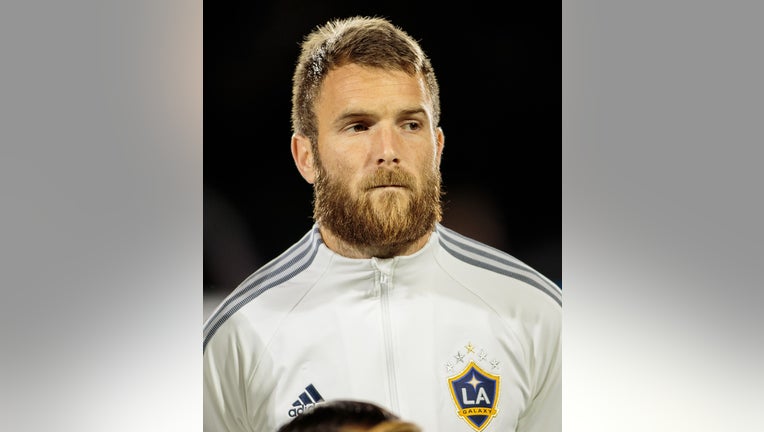 LOS ANGELES - The LA Galaxy condemned social media posts by the wife of one of its players Wednesday.

Aleksandar Katai’s wife, Tea, posted on her Instagram story a profane call to “kill” protesters and also called them “disgusting cattle” amid the demonstrations to protest racial injustice and police brutality in wake of the death of George Floyd.

The posts were written in Serbian and have since been deleted, according to ESPN.

The Galaxy said Wednesday that team officials were going to speak with Katai to “determine next steps.”

“The LA Galaxy strongly condemned the social posts and requested their immediate removal,” the team said in a statement. “The LA Galaxy stands firmly against racism of any kind, including that which suggests violence or seeks to demean the efforts of those in pursuit of racial equality. The LA Galaxy stand with communities of color, and especially the Black community, in the protests and fight against systemic racism, social inequality, bigotry and violence.”

“These views are not ones that I share and are not tolerated in my family. I strongly condemn white supremacy, racism and violence towards people of color. Black lives matter. This is a mistake from my family and I take full responsibility. I will ensure that my family and I take the necessary actions to learn, understand, listen and support the black community,” he wrote.

“I understand that it will take time to earn back the support of the people of Los Angeles. I am committed to putting in the necessary work to learn from these mistakes and be a better ally and advocate for equality going forward. I am sorry for the pain these posts have caused the LA Galaxy family and all allies in the fight against racism.”

Katai was in the middle of his first season with the Galaxy before the season was paused because of the coronavirus.