LOS ANGELES - FOX 11 has obtained contracts showing that Los Angeles County has hired not one, but two public relations firms to craft and guide the county’s coronavirus messaging, despite the fact that the county already has fully staffed, paid communications teams, and the county is also hoping to be reimbursed with disaster relief funds. 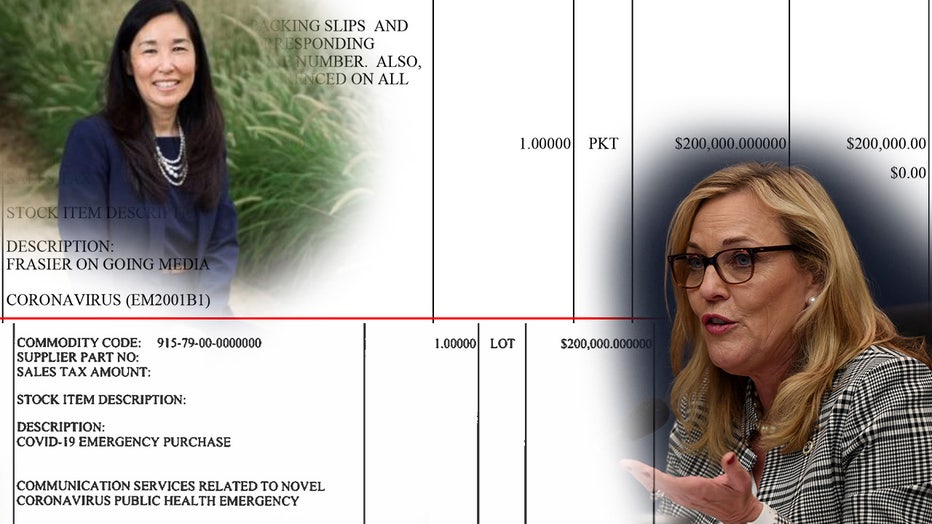 The contracts show that on March 12, Los Angeles based Fraser Communications was retained by the L.A. County Department of Public Health at a cost of $200,000. 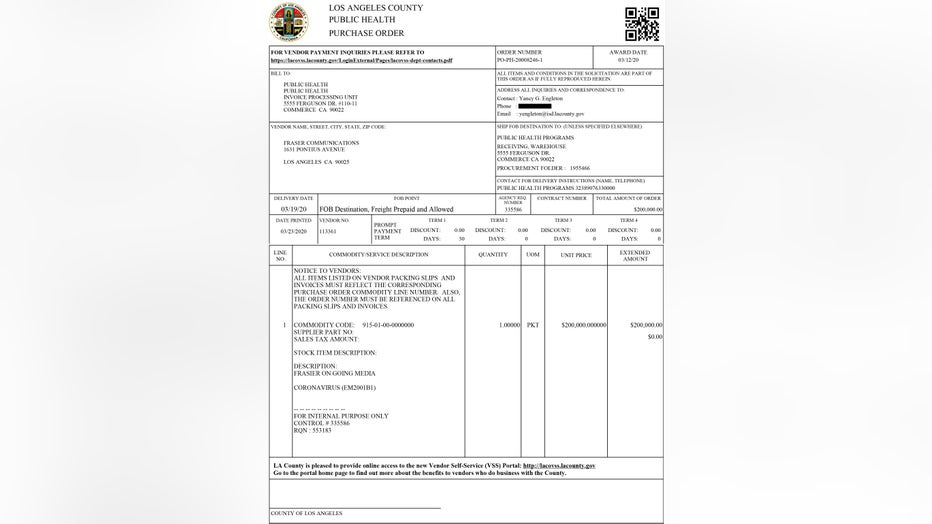 In an email to FOX 11, Fraser said they were hired to draft press releases and talking points, monitor public perception of COVID-19, and the county’s response to it, amongst other things.

On March 30, global public strategy firm Mercury Public Affairs was retained by L.A. County, also at a cost of $200,000. 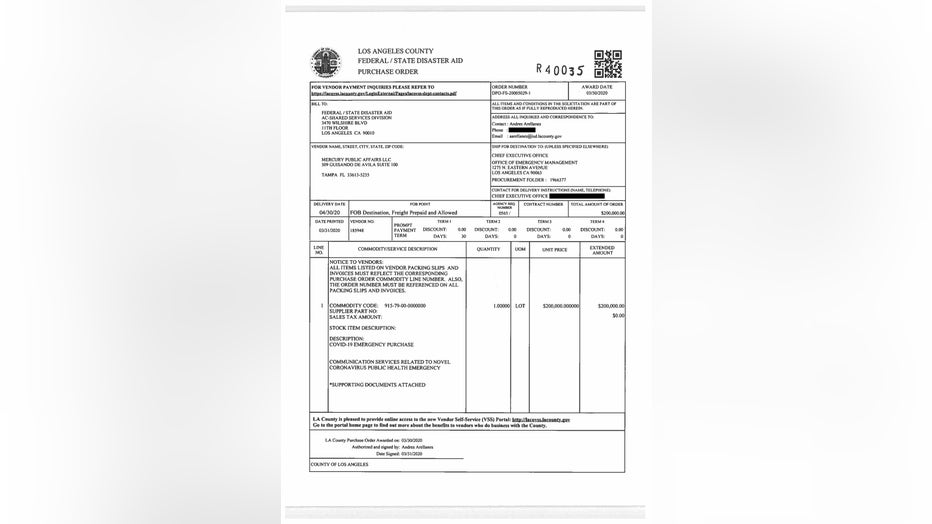 The contract reveals the county is submitting to have the cost reimbursed via federal, or state disaster aid money.

“Ultimately, FEMA is going to ask why they are trying to get refunds for a PR firm in a time like this,” said L.A. County Sheriff Alex Villanueva.

The Sheriff told FOX 11 he feels the county’s move to hire the PR firms doesn’t make much sense.

“It’s kind of a strange set of priorities because we have a fully staffed communications team, and we spend millions of dollars on that communications apparatus within county government,” Villanueva said.

As FOX 11 reported Wednesday night, Villanueva was stunned when he says the county informed him they will not pay his deputies who were ordered to quarantine in March. Now, the Sheriff questions why the county will spend $400,000 for PR purposes.

“I’d like to know how many ventilators that would have paid for, how many masks?” Villanueva asked.

Campaign finance reports also reveal that Fabian Nunez, a former lawmaker in the California State Assembly, whose now a consultant at Mercury, donated the maximum $1,500 allowed to supervisor Kathryn Barger's campaign in February. 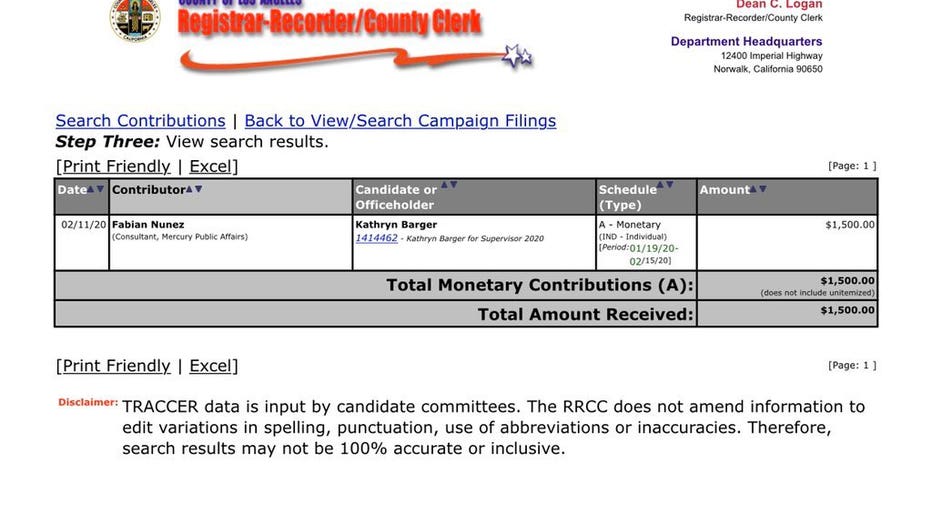 [Photo] Campaign finance record showing a consultant at Mercury, one of the PR firms that was hired by the county, donated the maximum amount of money allowed to Supervisor Kathryn Barger’s campaign.

For the past two days, FOX 11 has reached out to the L.A. County Board of Supervisors for comment as to why the hiring of these PR firms was a necessary expense, but the Board’s communications director never responded.

“What added resource does hiring these firms bring to the problem?” Villanueva said. “Probably nothing that I’m aware of, and that’s something that they’re going to have to defend with the taxpayer.”