A deputy chase in LA County ended in a fiery crash.

LOS ANGELES COUNTY, Calif. - A deputy chase took a horrific turn after it ended in a fiery crash in the Lomita area.

SkyFOX was over the crash scene as smoke and fire were visible on a burgundy-colored sedan.

As of Wednesday evening, it is unknown if anyone was hurt at any point of the chase and crash.

Officials did not say what the suspect was initially wanted by the Los Angeles County Sheriff's Department for. 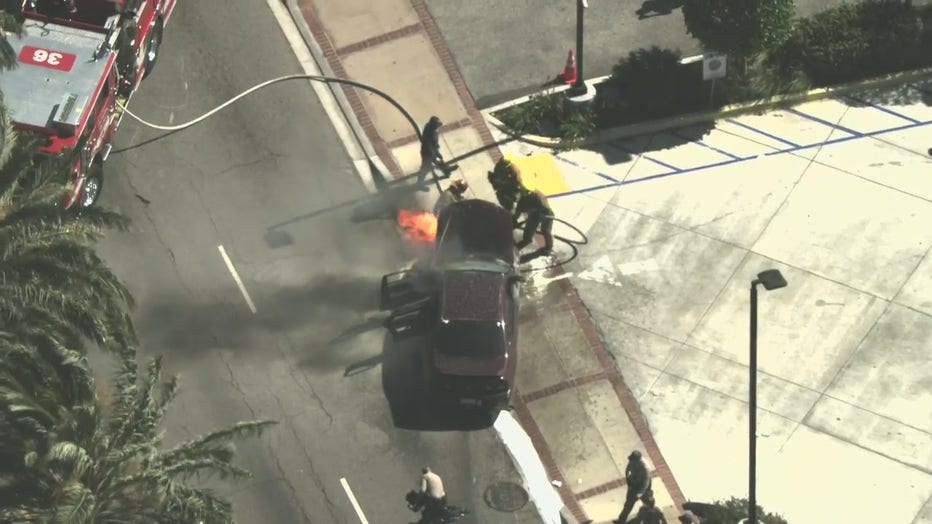 A deputy chase in the Lomita area ends in a fiery crash. (FOX 11)