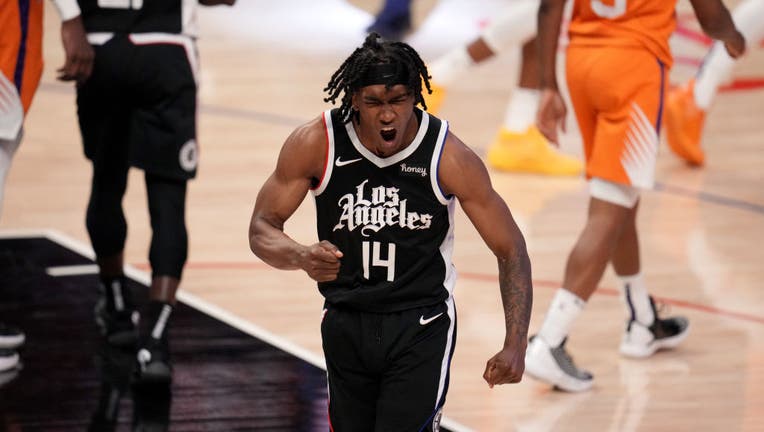 Los Angeles, CA - June 24: Terance Mann #14 of the LA Clippers reacts after scoring against the Phoenix Suns in the second half of game three of a Western Conference finals NBA playoff basketball game at the Staples Center in Los Angeles on Thursday,

Mann, who attended Florida State University, was overlooked by several teams and was selected as the 48th overall pick in the 2019 NBA draft.

Lawrence Frank, who serves as the President of Basketball Operations for the Clippers, said they have been scouting Mann since he was just 13 years old, Fansided reported.

"Terance personifies many of the qualities we value," said Frank in a written statement. "He is a giving teammate and an unrelenting worker who improves himself and those around him every day. In only two seasons, we’ve watched him grow from a second-round pick to a key contributor on a playoff team. We want him to be a big part of our future, and we’re glad he wants the same. We’re thrilled for Terance and excited for what’s to come."

Mann has quickly become a fan-favorite in Clipper Nation and had the game of his life in Game 6 of the Western Conference semifinals against the Utah Jazz. In superstar Kawhi Leonard’s absence, Mann was explosive and scored a career record of 39 points. Without Leonard, the Clips prevailed and won 131-119, advancing to the West finals.

In that historic game, Mann became the first player in franchise history to score at least 20 points in a postseason quarter

His mother, Daynia La-Force, who is an assistant coach for the Atlanta Dream, shared her joy on social media.

Fans anticipate the 24-year-old will have a breakout season and could receive the NBA’s Most Improved Player Award.