LOS ANGELES - Almost 7,000 homeless people living in encampments near freeways, as well as homeless seniors over 65 and others vulnerable to COVID-19, will be brought indoors over the span of 18 months under a joint legal agreement signed by the county and city of Los Angeles and approved Thursday by a federal judge.

Under the agreement, the city committed to providing 6,000 new beds within 10 months, plus an additional 700 beds over 18 months.

The county, meanwhile, committed to investing $300 million over five years to fund essential services for the people occupying those beds.

“With the COVID-19 pandemic further exacerbating Los Angeles’ homeless crisis, it is imperative that we marshal our County and City resources to bring our most vulnerable neighbors indoors as expeditiously as possible,” Supervisor Mark Ridley-Thomas said. “This is a new milestone in our partnership to ensure that everyone in Los Angeles has a life of dignity and worth.”

Los Angeles Mayor Eric Garcetti applauded the agreement, calling homelessness the humanitarian crisis of our time, saying “This is an important milestone in our commitment to combating homelessness, along with our work to build thousands of units of permanent housing and increases City spending on homelessness to more than $600 million this year." 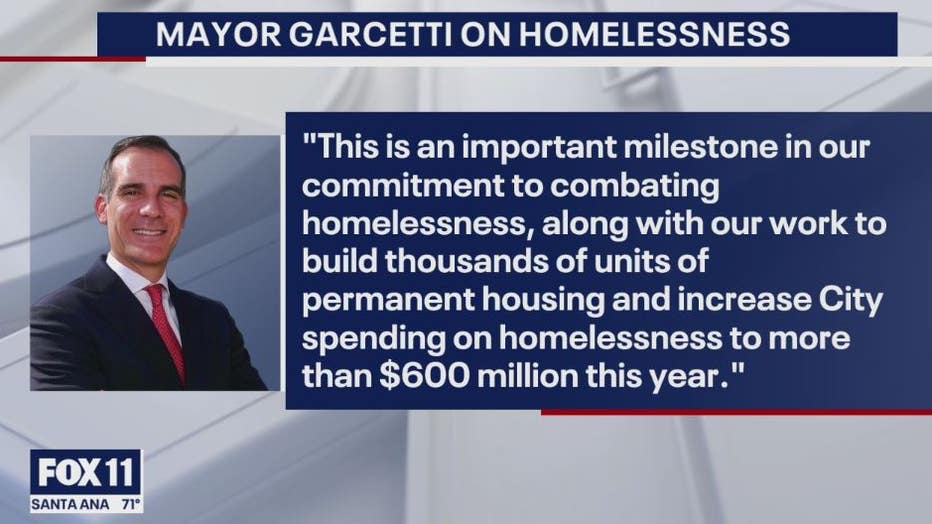 On May 15, Judge David O. Carter ordered both the county and city to “humanely” relocate anyone camped within 500 feet of an overpass, underpass, or ramp and into a shelter or “an alternative housing option.”

Thursday’s agreement encompasses not only those people but also the most vulnerable segment of the homeless population – those who are 65 years or older, or who have chronic underlying health conditions that put them at high risk of being hospitalized or dying if they contract COVID-19.

In approving the agreement between the county and the city, Judge Carter dropped his injunction.