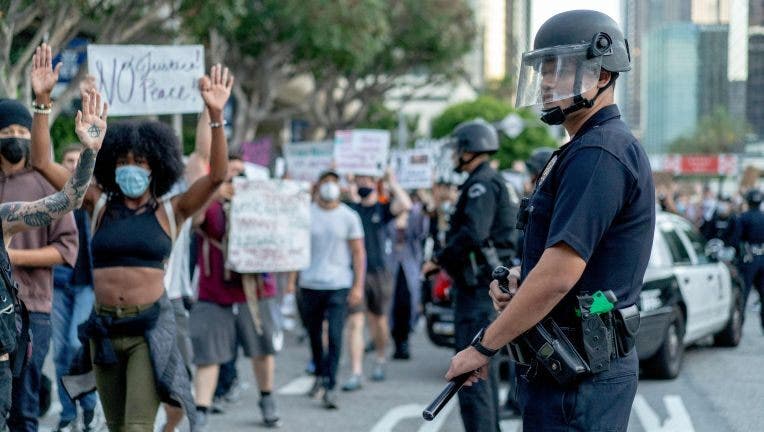 The city of LA is working on a new plan to protect its residents. They've taken the first step towards creating a new force of first responders, instead of the LAPD.

"This is the dawn of a new era of public safety in Los Angeles," said council member Herb Wesson, who co-authored the motion. "The bottom line is that the way things have been going is not working for our communities. This last month has made that crystal clear. We have a responsibility to listen to our people, and our people have spoken."

Wesson said he looks forward to working on the project with members of Black Lives Matter Los Angeles.

"This won't solve all of our problems right away," said Wesson. "But this move marks a sea change in our city's approach to public safety and I'm optimistic cities and counties across the nation will follow our lead."

FOX 11 has reached out to the LAPD for comment and is waiting to hear back.

The motion for the crisis response teams was presented by Wesson and council president Nury Martinez on June 16 following protests in the city over the in-custody death of George Floyd by Minneapolis police officers.

The motion instructs the LAPD to work with the county's Department of Mental Health, Los Angeles Homeless Services Authority and other government agencies to respond to non-violent incidents, such as drug abuse and incidents related to mental health.

It would include diverting nonviolent calls for services, such as neighbor disputes and others from the LAPD to the appropriate non-law-enforcement agencies.