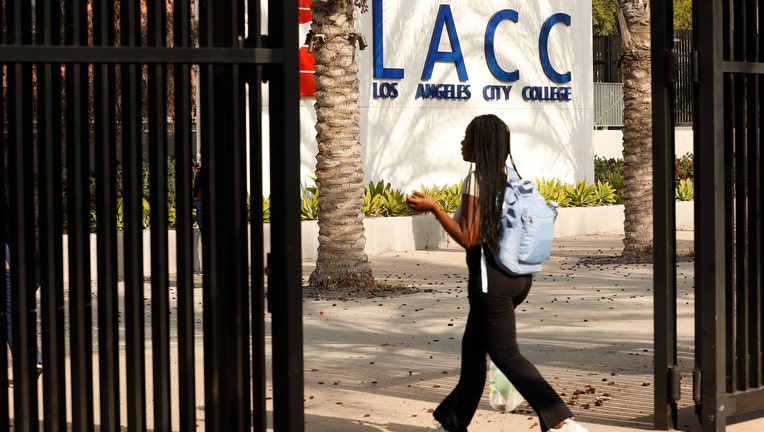 LOS ANGELES - Los Angeles City College was briefly under a shelter in place order Monday after a man was stabbed to death near the East Hollywood campus. The suspect is still on the loose, according to officials.

Los Angeles County Sheriff's deputies responded to reports of a stabbing in the 800 block of North Heliotrope Drive shortly after 2 p.m. When deputies arrived, they found a man dead.

No other information about the stabbing was available.

LACC tweeted out the lockdown alert just before 3:30 p.m. Monday. According to the school, authorities are looking for a Black man who is approximately 5 feet 7 inches tall and 160 pounds, wearing white shorts a black jacket and blue shoes.

By 5:30 p.m., the school announced that the lockdown had been lifted, but that Monday night's classes were still canceled.

Anyone with information was asked to call the Los Angeles County Sheriff's Department at 323-953-4005.