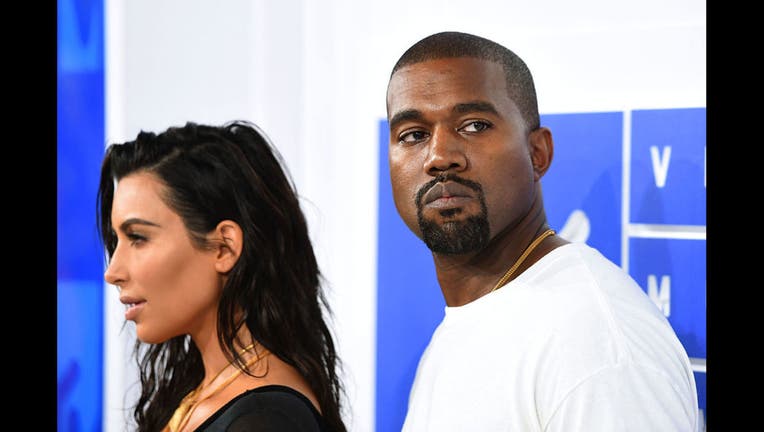 Authorities were sent to the 11700 block of Southampton Court about 5 a.m., the Los Angeles Police Department reported.

According to TMZ, the man, whose image was caught on a security camera, never entered Kardashian and West's home, but "trashed the cars in the driveway'' and made off with an iPhone belonging to one of the couple's staffers.

"We're told he also hit their next-door neighbor Kathy Griffin's place,'' TMZ reported. "Again, he trashed a car in the driveway, and this time got a purse.''

The purse was found abandoned nearby, TMZ reported.

TMZ also reported that Mariah Carey's Los Angeles mansion was burglarized around 3 a.m. Thursday for $50,000 worth of purses and sunglasses.