LOS ANGELES - Basketball legend Kareem Abdul-Jabbar has been a voice in Southern California for decades.

He spoke with FOX 11’s Liz Habib about why this moment in social justice is so important.

“I think that the athletes are making a real valid connection with their communities and speaking about issues that are important. These are people in the communities that don’t really have a strong voice, and having athletes understand their issues and speak about them really enables people to have some hope and really see some change,” Abdul-Jabbar said.

NBA legend Kareem Abdul-Jabbar discusses what needs to be done to fight racial injustice in America.

He has always said that basketball was just his job and he's always encouraged athletes to use their platforms.

He is an NBA legend, a prolific writer, a community activist and a leader in the social justice movement from the time of Martin Luther King Jr. and Muhammed Ali… and here we are today still looking for answers. 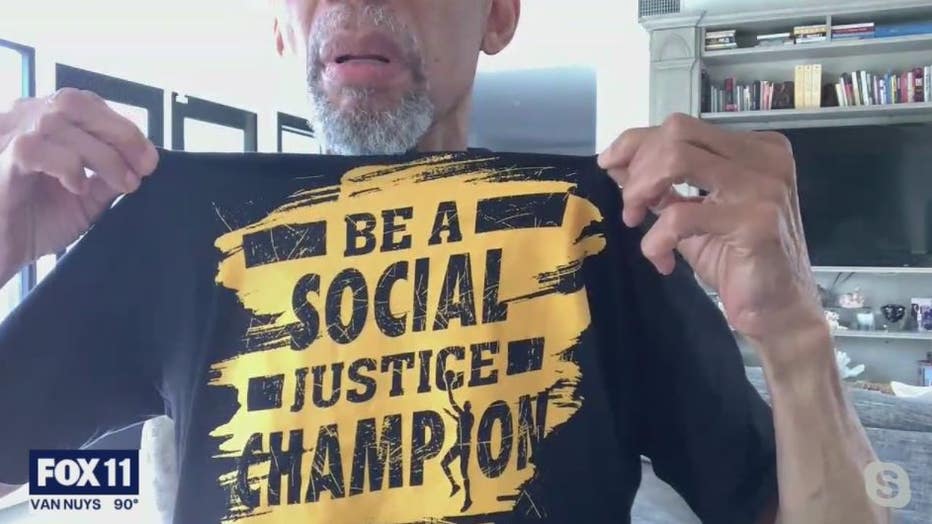 He also spoke about his new clothing line that shares an important message and of course mentioned the Lakers.

If you’d like to see more on his new clothing line visit kareemabduljabbar.com.

Kareem Abdul-Jabbar spoke with FOX 11's Liz Habib on the Lakers chance to win it all.

The NBA legend also spoke about the Lakers chance to win it all.

Abdul-Jabbar recently wrote an op-ed piece for the L.A. Times, you can read the piece by clicking here.