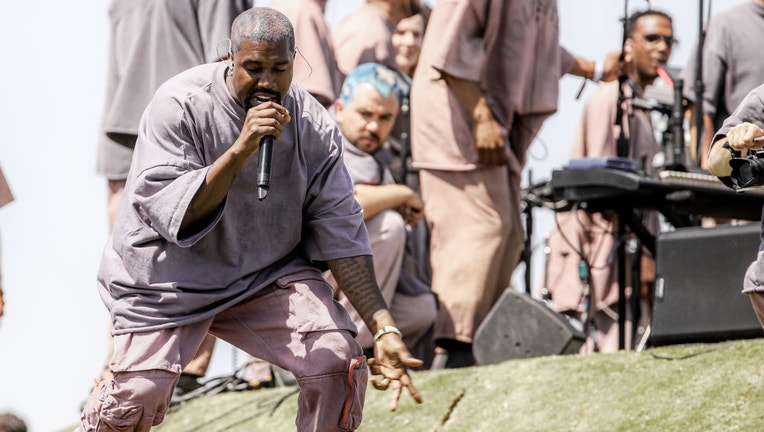 LOS ANGELES - Kanye West is late to the 2020 presidential conversation.

In fact, the rapper has yet to file the necessary paperwork to be a candidate, despite tweeting on July 4 that he was running for the top office in the land. And it’s far too late to appear on most state ballots.

Even so, the “Late Registration” rapper already has an idea of how he’d set up his administration.

Drawing inspiration from the 2018 Marvel superhero film “Black Panther,” West told Forbes he would have the White House set up like the government of Wakanda. In the movie, Wakanda is a fictional country in Africa ruled by King T’Challa, better known as the Black Panther. He frequently receives guidance from a council of nobles.

He also consults the nation’s lead scientist, who happens to be T'Challa's younger sister, Princess Shuri.

West indicated he would make meeting with top scientists a cornerstone of his administration. "Like in the movie in Wakanda, when the king went to visit that lead scientist to have the shoes wrap around her shoes. Just the amount of innovation that can happen, the amount of innovation in medicine — like big pharma — we are going to work, innovate, together," West told the outlet.

Forbes described West’s four-hour interview as “rambling.” At one point, West declined to say the presidency would make him powerful because “you got a lot of alien level superpowers and it’s only collectively that we can set it free.” West also spoke about his recent battle with COVID-19, saying that he had chills and that the virus left him shaking in bed.

“I remember someone had told me Drake had the coronavirus and my response was Drake can’t be sicker than me,“ West joked.

Black Americans are more likely to know someone who has been diagnosed with COVID-19 according to a survey.

West also touched on prayer in schools, China, abortion rights, the death penalty, race relations and said he had withdrawn his support for President Donald Trump.

But he said he could no longer support the president after learning that he reportedly hid in the White House bunker during nearby protests over racism and police brutality sparked by the death of George Floyd.