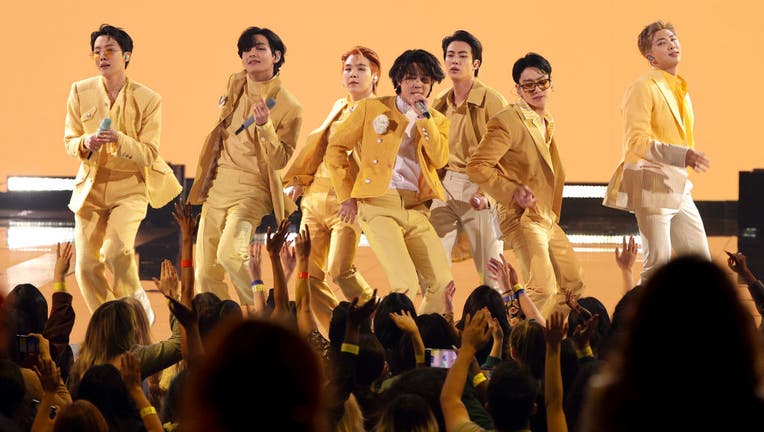 INGLEWOOD, Calif. - The BTS Army is expected to be out in force when the seven-member super group from South Korea performs its first live concert since 2019 Saturday evening at Sofi Stadium in Inglewood.

Fans from as far away as South Korea, and across the U.S., have already lined up to buy merch ahead of the sold-out "BTS Permission to Dance on Stage - Live Play" concerts at 7:30 p.m. Saturday and Sunday and again on Dec. 1-2. The concerts will also be streamed at venewlive.com.

The more than mile-long line snaked around the stadium early Friday morning as tens of thousands of fans gathered to purchase merchandise as soon as presales opened. 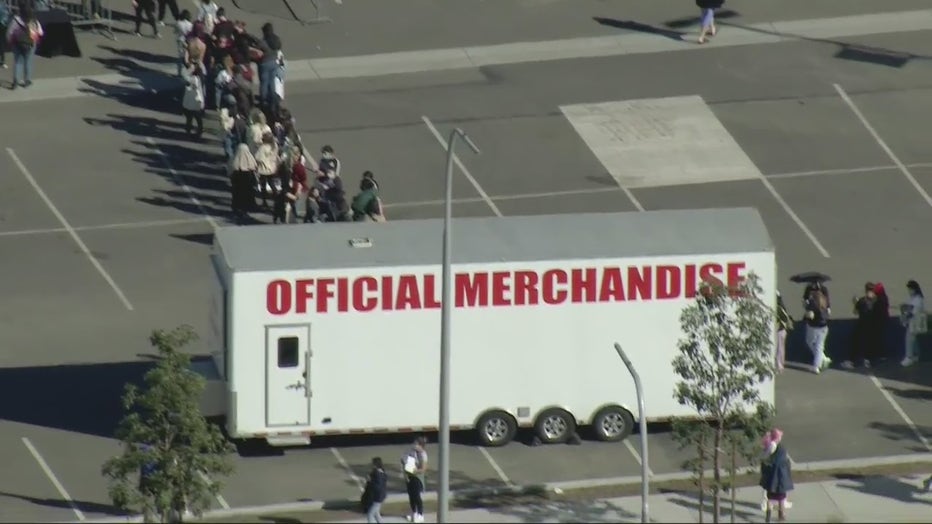 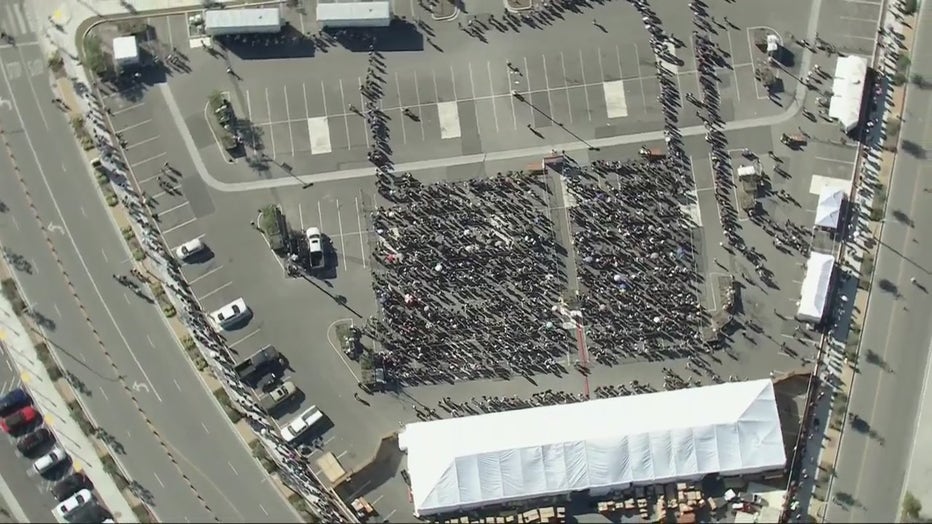 SkyFOX was over SoFi Stadium Friday afternoon as hundreds waited in line.

Despite the long wait, most fans said it was worth it.

"Waited all day to buy merchandise, but was well worth it," fan MIZO tweeted. "Got (to) hear them practice for the concerts, heard them, how excited they were to finally meet ARMY, and they even went to see us while we waited in the long line."

BTS consists of three rappers and four vocalists and made its debut in 2013. The group has sold more than 10 million albums worldwide, making them one of the most popular K-Pop groups and one of the most successful boy bands of all time. In 2020, they were the top-selling artists in the world, beating out the likes of Taylor Swift and Drake.

This year BTS has released three No. 1 singles and earned a Best Pop Duo/Group Performance Grammy nomination for its song "Dynamite." The group was nominated in the same category last year.

In recent years BTS has also dominated social media, creating 19 of the most retweeted tweets of all-time with a legion of fans worldwide who call themselves the BTS Army.

"Seven boys from Korea, united by love for music, met the love and support from all the armies all over the world," member RM said as the group accepted one of its AMA awards. "This whole thing is a miracle. Seriously, we would never take this for granted."