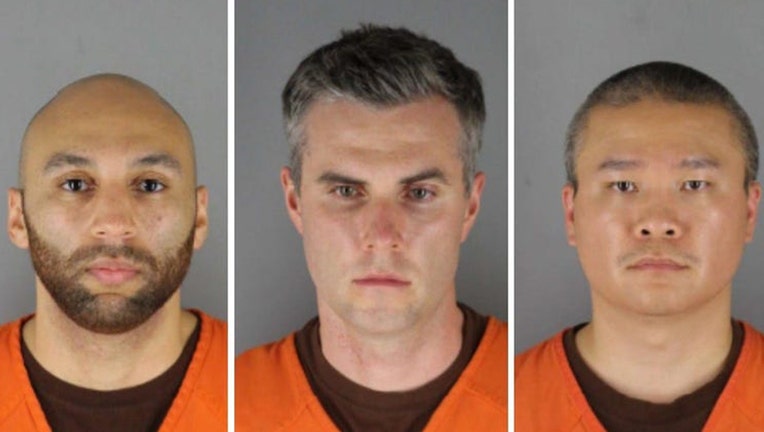 ST. PAUL, Minn. (FOX 9) - A complete jury was seated Thursday after one day of jury selection in the federal trial of the three former Minneapolis Police Department officers facing charges for violating George Floyd’s civil rights during the deadly arrest on May 25, 2020.

The fourth ex-MPD officer, Derek Chauvin, has already pleaded guilty in the case.

U.S. District Court Judge Paul Magnuson is hoping to start the trial on Monday, Jan. 24. He has estimated the trial to last four weeks.

Jury seated after one day of jury selection

A full jury was seated after Judge Magnuson, prosecutors and defense attorneys narrowed down a pool of prospective jurors in the federal civil rights trial of former Minneapolis police officers.

A complete jury was seated Thursday after one day of jury selection in the federal trial of the three former Minneapolis Police Department officers facing charges for violating George Floyd’s civil rights during the deadly arrest on May 25, 2020.

The judge started Thursday by questioning prospective jurors, who were either added to the jury pool or dismissed by the end of the day.

While seated in the courtroom, potential jurors from across the state of Minnesota filled out questionnaires with the following information:

After the prospective jurors were sworn in, the judge asked them general questions to indicate if a potential juror should be dismissed from the jury pool. Reasons that may prompt dismissal from the jury include connection to the case’s defendants, attorneys or witnesses; ties to law enforcement; and the inability to be fair and impartial.

The judge dismissed potential jurors until 40 remained in the pool. Then, attorneys from the defense and the state decided which jurors to use their peremptory strikes on to determine a final jury of 12, plus six alternates.

The jury selection process was completed in one day. For comparison in speed, jury selection for the Hennepin County trial of Derek Chauvin took two weeks.

Who are the jurors?

The court has seated a total of 18 jurors, which includes 12 who will deliberate and six alternates.

Where the jurors are from

Stay up to date on the federal trial of Kueng, Lane and Thao. Sign up for FOX 9's email newsletter for daily updates. Get breaking news alerts and watch reporter updates in the FOX 9 News app. Download it for Apple or Android.

Who is expected in the courtroom?

Attorneys from the U.S. Attorney's Office 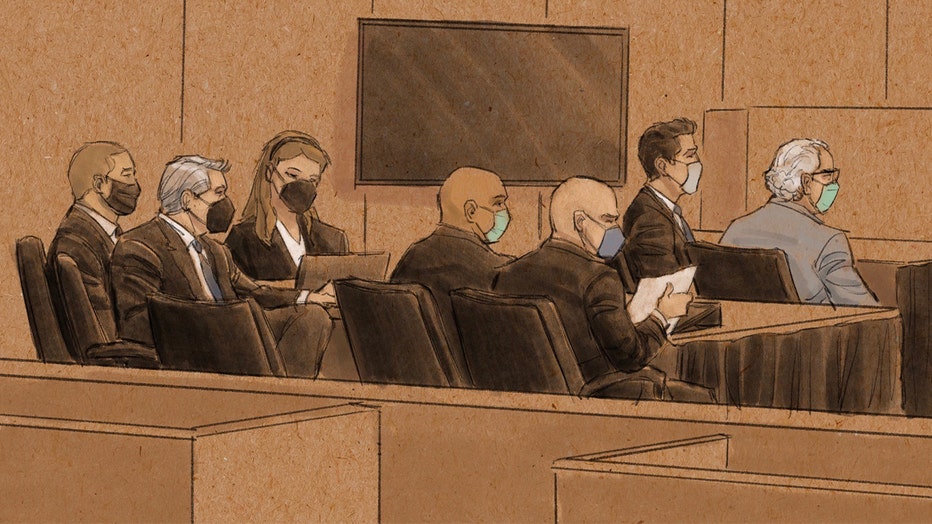 How does jury selection work?

Judge Magnuson followed his plan of seating the jury within one or two days to allow the trial to begin on Monday, Jan. 24.

In the federal court, the presiding judge leads the process of selecting the jury. Several potential jurors from across the state have already been removed for cause, based on their responses in the extensive jury questionnaires, Magnuson explained in the pre-trial hearing on Jan. 11.

He further explained that 36 potential jurors will be brought into the courtroom as a group for questioning and selection – 18 will sit in the chairs in the jury box, the other 18 will sit in the gallery. If the prosecution and the defense has a question for a juror, it will be handed to the judge to ask. Groups of 36 will continue to come through for questioning one-by-one, until a full jury is seated.

The defense gets 10 peremptory strikes while the state gets six. Attorneys do not have to provide a reason for why they object the juror when using a peremptory challenge. Potential jurors can also be struck from the jury for cause, meaning there is a reason to believe the juror is unfit for a fair trial. There is no limit on the number of jurors who can be removed for cause.

Where is the federal trial taking place?

The trial is being held at the Warren E. Burger Federal Building and U.S. Courthouse in downtown St. Paul.

Earlier this month, crews put up security fencing around the courthouse perimeter. Both Robert Street and Jackson Street between Kellogg Boulevard and 4th Street East until the trial is over, St. Paul Police said.

Can I watch a livestream this trial?

No. Federal courts do not allow cameras inside the courtroom. Unlike the livestreamed state trials of former police officers Derek Chauvin and Kim Potter, the trial will not be livestreamed.

The courthouse is closed to the public during the trial, but reporters will take notes and provide updates to the public by watching and observing a live video feed of the trial streamed into an overflow room in the building. A sketch artist will also provide visuals of the trial.

What are the differences between the state and federal charges?

The federal trial is taking place before the state trial, and focuses on if the officers violated George Floyd's civil rights under government authority, not so much about if they helped kill him.

Last May, a federal grand jury determined, in private, whether charges should be brought upon the officers. The grand jury alleged that Kueng and Thao were aware Chauvin was using unreasonable force, but "willfully failed to intervene" to stop it. The jury also indicted all three officers for failing to provide medical care to Floyd, resulting in his death.

Since the three former officers pleaded not guilty to the charges, a trial jury will decide whether they willfully violated Floyd’s civil rights during the May 2020 deadly arrest.

Additionally, the three former Minneapolis police officers are facing criminal charges in the state of Minnesota for aiding and abetting the murder and manslaughter of George Floyd. That trial for that case is set to begin on June 13.

Why isn’t Derek Chauvin in this trial?

Derek Chauvin was charged alongside the former officers for violating George Floyd’s civil rights and would have been in the same trial after a federal judge’s ruling in November 2021. But last month, Chauvin pled guilty in this case, so he will no longer stand trial with the other officers.

Chauvin is currently serving his 22.5-year sentence for his state convictions, awaiting his sentencing in the federal case. Under the plea deal, Chauvin could be sentenced to 300 months, or 25 years, in prison to be served concurrently with his state sentence.

Floyd, 46, died on May 25, 2020 after Chauvin pinned him to the ground outside Cup Foods at the intersection of 38th and Chicago in Minneapolis and pressed his knee on his neck even as Floyd, who was handcuffed, repeatedly cried out that he could not breathe. Two other Minneapolis police officers, J. Alexander Kueng and Thomas Lane, helped restrain Floyd, while a third officer, Tou Thao, held back bystanders and kept them from intervening in the over nine-minute-long restraint.

The death of George Floyd: A timeline of a chaotic, emotional week in Minneapolis

Kueng, Lane and Thao are all charged with aiding and abetting second-degree murder and aiding and abetting second-degree manslaughter for their roles in Floyd’s death. Their state trial will take place in June 2022 after it was delayed to allow a federal case against all four officers, including Chauvin, to go forward. Last spring, a federal grand jury indicted Chauvin, Thao, Kueng and Lane on charges they violated Floyd’s civil rights during his deadly arrest in May 2020.

Floyd’s death sparked conversations about race and policing nationwide. As a result, the Justice Department has launched a sweeping civil investigation into the patterns and practices of the Minneapolis Police Department.