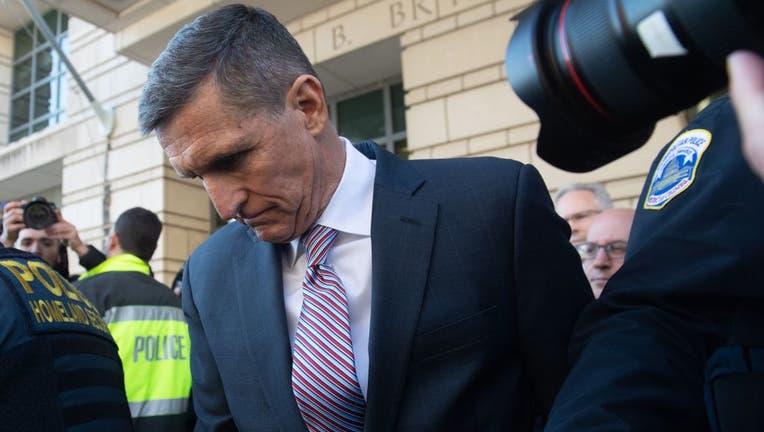 Former National Security Advisor General Michael Flynn leaves after the delay in his sentencing hearing at US District Court in Washington, DC, Dec. 18, 2018. (Photo by SAUL LOEB/AFP via Getty Images)

Judge Emmet Sullivan dismissed the criminal case against former National Security Advisor Michael Flynn on Tuesday, putting an end to a case that took a number of turns after Flynn's initial guilty plea three years ago.

"The history of the Constitution, its structure, and the Supreme Court’s interpretation of the pardon power make clear that President Trump’s decision to pardon Mr. Flynn is a political decision, not a legal one," Sullivan said in his Tuesday order. "Because the law recognizes the President’s political power to pardon, the appropriate course is to dismiss this case as moot."

Flynn pleaded guilty on Dec. 1, 2017 to giving false statements to the FBI regarding his communications with a Russian ambassador. His sentencing was delayed due to his cooperation with prosecutors.

In 2019, Flynn began to claim innocence in the case, citing alleged FBI misconduct. FBI records were produced that called their interview into question, including handwritten notes that indicated an internal question as to whether the interview was meant to extract truth from Flynn or to get him to lie so authorities could pressure him with prosecution or termination.

The Department of Justice then moved to dismiss the case, but Sullivan refused, instead appointing retired judge John Gleeson to argue against the DOJ. Gleeson claimed that the DOJ's motion was politically motivated to help an associate of President Trump, and therefore should not be granted.

An appellate court ordered Gleeson to dismiss the case, but that decision was later reversed.

Sullivan had not yet issued a decision on the motion to dismiss, which he officially denied as moot on Tuesday, given the case being dismissed on account of the pardon.