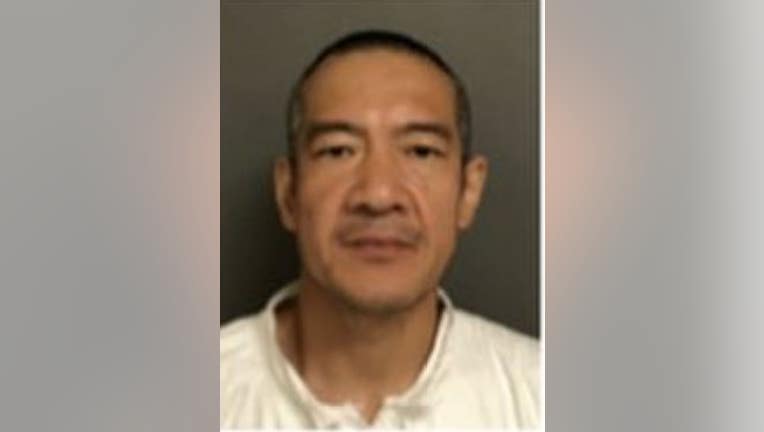 IRVINE, Calif. - Irvine Police have arrested a man on suspicion of killing his wife.

According to the police department the suspect, 42-year-old Yunlong Bai, called his probation officer Tuesday afternoon to say he killed his wife and would wait for the police at his house.

The probation officer called police and they immediately responded to the house.

Once officers arrived on scene they located Bai and another man inside the house. They also located the victim, 33-year-old Chao Chen, on the kitchen floor.

Police say she had ‘signs of trauma’ and was pronounced dead on scene.

Bai was taken into custody and transported to the Orange County Jail where he is being held on $1.1 million bail.

Bai and Chen were married for 13 years.

Bai pleaded guilty Nov. 20 to misdemeanor violation of a protective or stay-away order involving Chen. He was sentenced Dec. 11 to three years of probation and 120 days in jail, according to court records.

He was convicted at trial Nov. 18 of misdemeanor battery involving Chen. He was sentenced Dec. 11 in that case to three years of probation, eight hours of community service, 1,220 days in jail and ordered to participate in a batterer's  treatment program. Bai was scheduled to be arraigned Thursday on a probation violation.