BAGHDAD (AP) - A U.S. drone attack targeted a truck for an Iran-backed militia in eastern Syria on Sunday, destroying the vehicle without causing any casualties, two Iraqi militia officials said.

The attack came amid increasing tensions in the region between the U.S. military and Iran-backed Iraqi militias in recent weeks. The Americans have targeted militants who used drones and rockets to hit bases housing U.S. troops.

The Iraqi militia officials refused to say what the truck was carrying. They said the U.S. drone first fired a warning shot, after which the driver jumped out, and a missile hit the vehicle shortly afterward. They said the truck belonged to Kataib Sayyid al-Shuhada, which is active along the Iraq-Syria border.

The officials spoke on condition of anonymity because they were not authorized to speak to the media.

There was no immediate comment from the U.S. military. 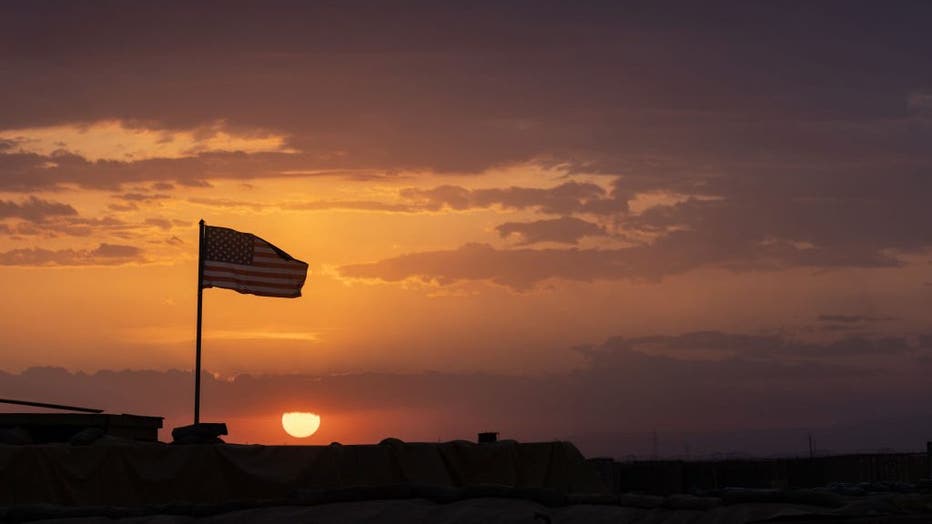 The sun sets behind a remote U.S. Army combat outpost known as RLZ on May 25, 2021 near the Turkish border in northeastern Syria. (Photo by John Moore/Getty Images)

Syrian state TV reported the attack saying it was carried out by American drones. It said the truck was carrying food and there were no human losses.

The Britain-based Syrian Observatory for Human Rights, an opposition war monitor, said the truck was carrying weapons and ammunition for an Iraqi militia and was hit shortly after crossing the border from Iraq. It claimed that the driver was killed.

On June 27, U.S. Air Force planes carried out airstrikes near the Iraq-Syria border against what the Pentagon said were facilities used by Iran-backed militia groups to support drone strikes inside Iraq. Four militiamen were killed.

Days later, Kataib Sayyid al-Shuhada's commander vowed to retaliate and since then several rockets attacks have been reported against bases housing U.S. troops in Syria and Iraq.

Hundreds of U.S. troops are deployed in eastern Syria as part of the war against the Islamic State group. Thousands of Iran-backed fighters are deployed in different parts of Syria to help President Bashar Assad’s forces in the 10-year conflict that killed half a million people.