Man shot to death by officers in Hollywood

LOS ANGELES - A 34-year-old man wearing body armor was shot and killed after he was struck by police gunfire in Hollywood on Saturday afternoon, police said.

He was identified by authorities as Richard Solitro on Monday. His residence is unknown.

Officers responded to the area of Sunset Boulevard and North Fairfax Avenue around 2:40 p.m., the Los Angeles Police Department said. 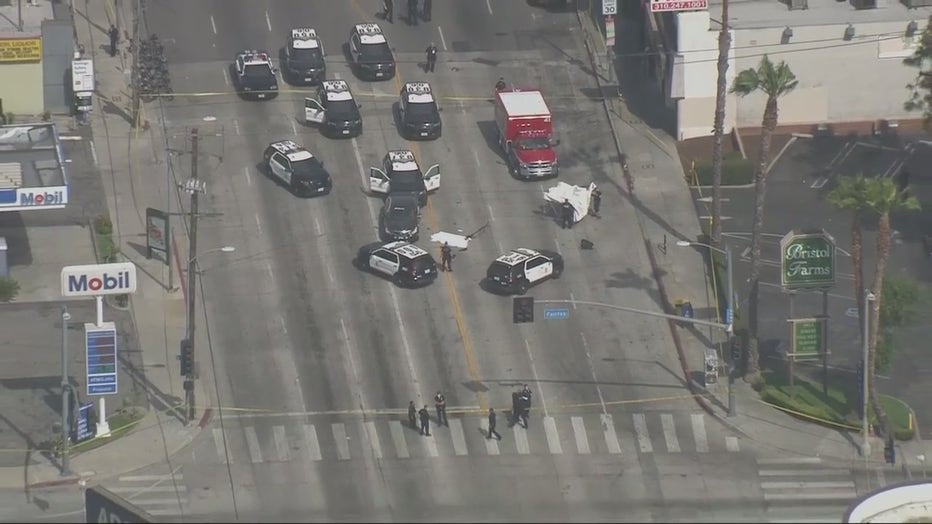 Officers were en route to a radio call with their lights and sirens on when a car pulled in front of them, stopped suddenly and backed into the patrol car, police officials said.

The driver of the car got out and was observed wearing body armor as he moved toward the officers, who had exited their car, police said. The suspect had his right hand hidden behind his back, counted backward from three and was moving his arm forward before officers fired at him, officials said.

The suspect was pronounced dead at the scene.  The man's car bore decals spelling out messages including "New world order,'' "Women Rule'' and "Cancel all Bibles,'' according to reports from the scene.

Police said officers had activated their body-worn cameras, which captured video of the shooting.

Police say this is the department's second shooting in two days.