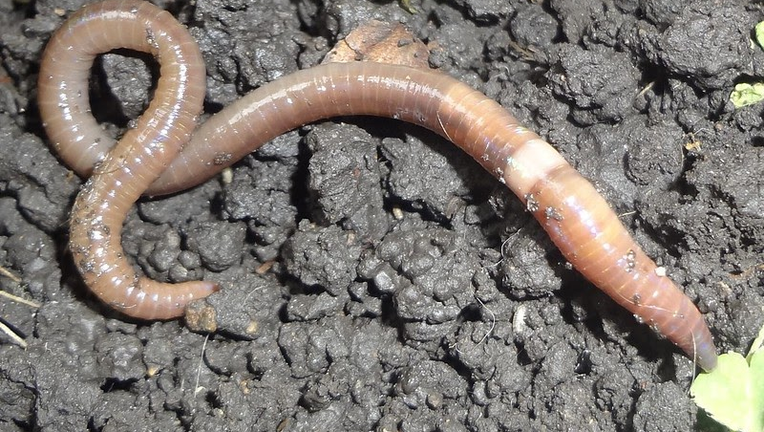 Several states are reporting problems with "jumping worms" as the weather gets warmer and more people are tending to their gardens.

The Canandaigua Lake Watershed Association said the species are native to Asia but are listed as a "species of concern" in several states including New York. Sightings have also been reported in Massachusetts and Minnesota.

The association said that the worms are spreading through the transfer of mulch, compost, leaf litter and plants. They were once sold as fishing bait but were recently prohibited.

Other nicknames for the species include "crazy worms, snake worms, Jersey wigglers, and Alabama Jumpers," according to the association.

Jumping worms are native to East Asia, but they have been sold in the U.S. as fishing bait and are now deemed highly invasive, expert say.

Jumping worms are native to Korea and Japan. They traveled to North America in the 1940s — probably in the soil packed around imported plants — then broke into the environment in the 1980s.

The association said the worms can be problematic because they are ravenous consumers of organic material. They may promote the growth of invasive plant species as well as native species that do well in disturbed soil. The Asian jumping worms can deplete soil of nutrients, damage plant roots and alter the soil’s capacity to hold water. 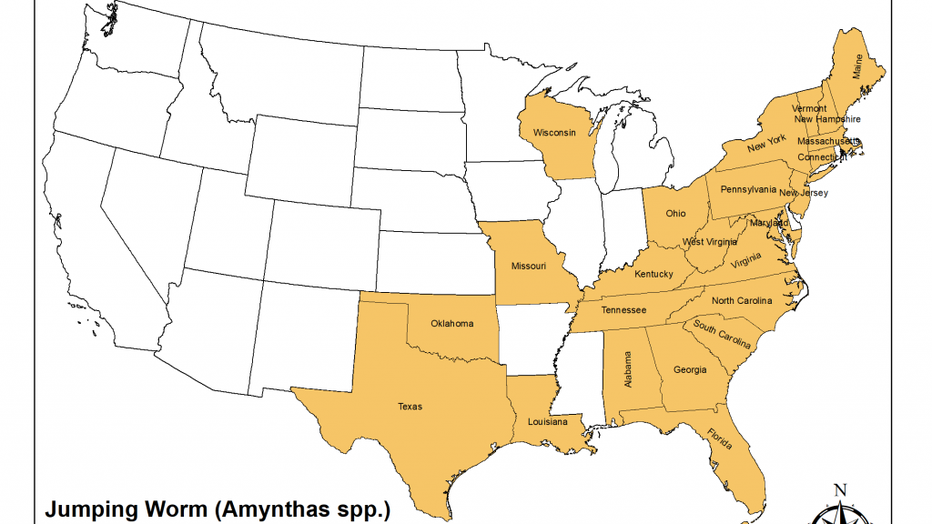 The adults all die off in the winter. But their eggs survive in the soil, hatch out in the spring and new jumping worms emerge, all twisty and active and hungry.

Currently, there is no known way to kill off all the jumping worms, so gardeners’ only option is to prevent the spread of the worm to other parts of their own gardens or to other plots.