According to the Los Angeles County Sheriff's Department, the Twin Towers jail inmate, 29-year-old Arnulfo Meza, began punching the jail employee after his left hand was freed from his waist chain when he asked if he could use the restroom. As the 54-year-old employee handed Meza toilet paper, the inmate sucker-punched the employee, sending her to the ground. Meza continued attacking her by punching her about two more times. 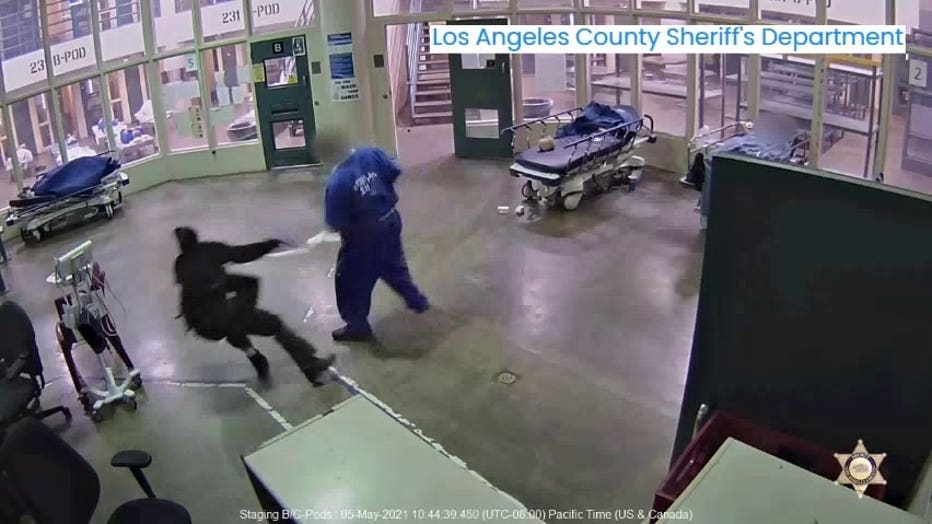 After the attack, Meza appeared to casually sit down on the gurney, allowing other LASD employees to take him into a "high security area," deputies said in a press release.

Meza is expected to face assault and hate crime charges.

The jail worker was taken to the hospital, where she is still getting treatment as of Friday evening, according to LASD.