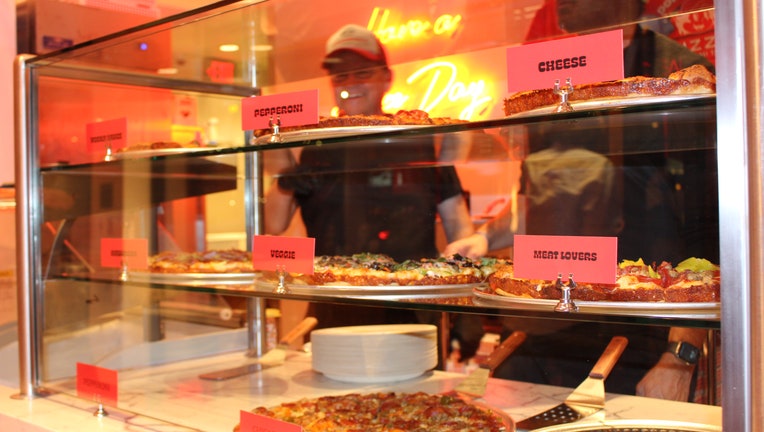 LOS ANGELES - Crowds of people lined up along the Sunset Strip for miles earlier this month. Some towards the front camped out for nearly four days. Others drove as far as six hours. And what for? A slice of pizza from their favorite YouTuber.

David Dobrik, who boasts more than 18 million subscribers on YouTube, has partnered with his longtime friend Ilya Fedorovich to bring their highly anticipated take on Chicago-style pizza to Southern California.

"It’s just like a cool place to go hangout," said Dobrik about the new shop. "It’s a good vibe and I wanted to do that where the public can come after the bars are done or after the clubs close."

When Dobrik first announced the launch of Doughbrik’s back in 2020, accounts across social media began buzzing. So, it was no surprise when the 26-year-old’s fan base showed up in full force on Nov. 12 to the grand debut of the pizzeria. 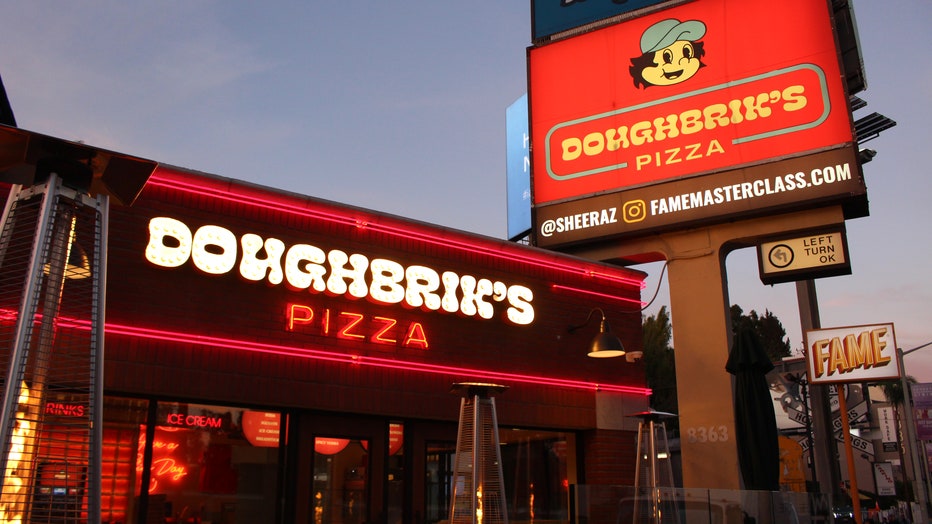 The first customers stepped into the shop just after 1 p.m. to purchase and taste the long-awaited food. Those who purchased whole pizza pies received a token that either redeemed a mini indoor party with flashing disco lights, a free ice cream scoop or a chance to spin Dobrik’s wheel and win either $1 or $1,000.

Most waiting in line had been following Dobrik for a while, and were eager at the chance just to meet him. Others such as high school student Abigail Vargas found herself in it solely for the slice.

"Well, my friends are more of the ones that like to watch [Dobrik’s] videos," said Vargas after she had been standing patiently for nearly two hours. "I just heard them talk about this pizza place and thought the food looked good on Instagram, so I decided to just tag along and try it."

The parlor sits between Saddle Ranch Chop House and Carney’s restaurant with bright red neon lights that are hard to miss.

As for the menu, Doughbrik’s offers a variety of specialty Chicago-style pan pizzas including cheese, Hawaiian, meat lovers, pepperoni, supreme and vegetarian. Among the topping options is also the Chicagoan that features pepperoni, Italian sausage and a hot giardiniera mix. 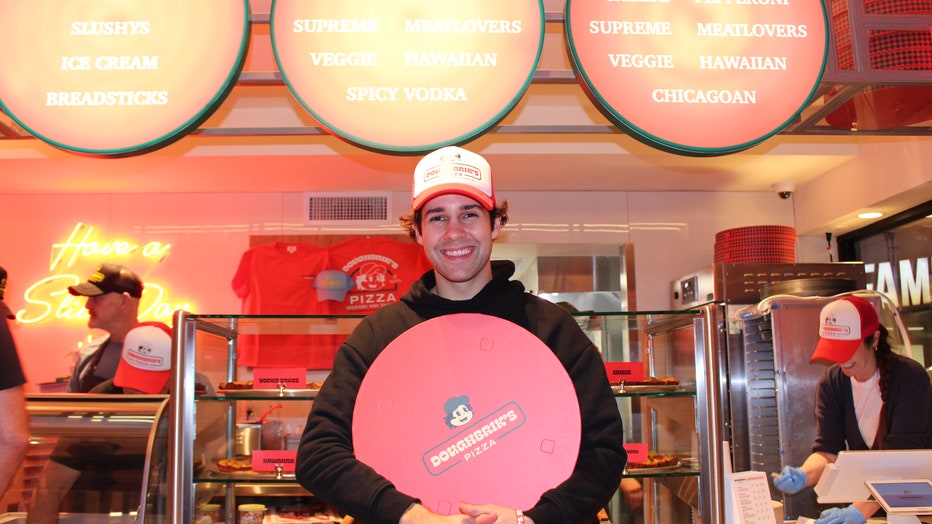 All pizzas are available in two types of crust, doughy and tavern, by the slice or whole and come with an optional hot honey drizzle.

Before perfecting their own dishes, Dobrik and Fedorvich participated in about 15 to 20 tastings. Although, prior to the whole idea and process the pair were casual pizza consumers themselves.

"I think just, like, creating experiences is really fun and I think everyone just likes pizza. If we’re experts in any kind of food - it’s pizza," replied Dobrik on his motivation behind the restaurant.

For Fedorovich, "the name was just really good" and he was sold on the pun from the start.

"These guys have put so much work into this and like, taken all our notes on everything," Dobrik spoke of Jackson and Olsen. "They’re so, so good. This location’s amazing, but the fact that we have Alan and Ian - we lucked out twice." 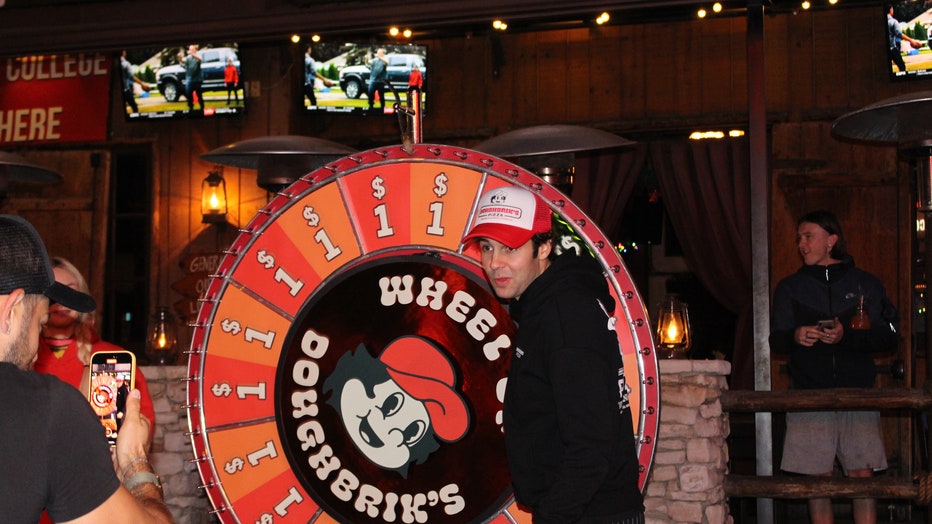 Stepping away from the social media scene and into the kitchen, Dobrik and Fedorovich have honed-in on quality control leading to Doughbrik’s debut. Despite the pizzeria being the first of their food endeavors, they already have a strategy for success.