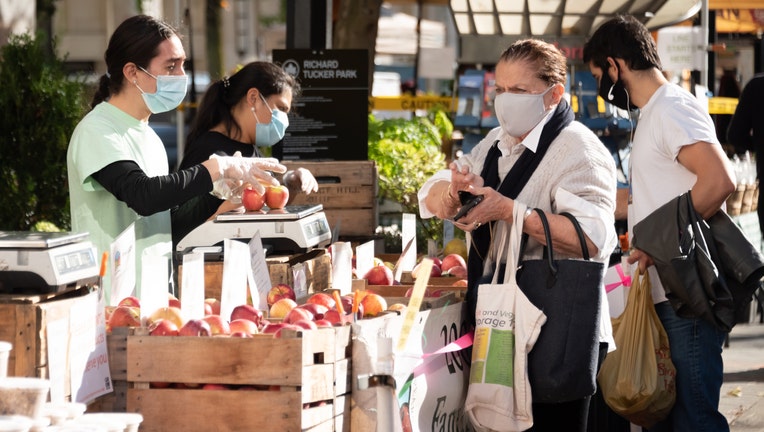 YUBA CITY, Calif. - Rick Patrick wears a mask and thinks those who don’t are “asinine.” He rarely leaves his home. He disapproves of what he calls the “stupidity” of people gathering in crowds.

But Patrick, 64, won’t stop eating breakfast at his favorite restaurant in Yuba City even though it’s supposed to be closed to inside dining following California Gov. Gavin Newsom’s latest health mandate aimed at curbing a frightening spike in coronavirus cases.

“You’ve got to support these mom and pop businesses,” he said Tuesday morning while sitting inside Linda’s Soda Bar and Grill on Plumas Street, the city’s main street. “What are we going to do? We’re going to lose all of them.”

In the midst of a record rise in new cases, state officials on Monday pulled the “emergency brake” on 28 counties and moved them into the most restrictive of four tiers for reopening. Those along with the 14 counties already at that level account for 94% of the state’s nearly 40 million residents.

The move came after the state experienced the fastest weekly growth in new cases since the pandemic began. California now has more than 1 million confirmed cases and nearly 18,300 deaths. Hospitalizations are surging, growing by more than 1,000 patients in the last week to almost 4,200.

Yuba City is in Sutter County, about 100 miles northeast of San Francisco and one of the places that saw new restrictions on businesses. The county had a record 186 people tested positive for the virus over the weekend, according to Health Officer Dr. Phuong Luu.

For every 100,000 people, California is averaging 16.5 new cases, while Sutter County is averaging 21.8 and the positivity rate among test-takers in the county is more than double the state’s 5.2%.

“What’s driving this? You are. You’re being too lax,” Luu said in a video messages to the community on Monday.

The new restrictions mean religious services may only be held outdoors and retailers must cap the number of people in their stores at 25% of capacity during what traditionally is the busiest shopping season. Restaurants can only offer takeout and outdoor dining, a less-appealing option as temperatures fall.

But in Yuba City, there was little evidence things had changed, a sign of the challenge facing state officials as they try to bring back restrictions from the spring on a population less willing to accept them.

Nelda Key and her husband, Ronald, said they follow the rules and wear masks where they are required, which now is virtually anywhere outside their homes. They are even willing to skip this year’s Thanksgiving dinner because it will bring together dozens of family members under one roof.

But they, like Patrick, weren’t willing to skip breakfast at Linda’s. The restaurant was busy most of the morning, with employees all wearing masks and some booths and seats closed to keep customers away from each other.

Nelda Key said she would continue eating out, pointing out that Newsom recently attended a friend’s birthday party celebrated outdoors at an expensive restaurant in Napa County while coronavirus cases were surging. Newsom apologized Monday.

Yuba City, situated at the base of the Sutter Buttes mountain range, has about 67,000 residents and a conservative bent. The local state assemblyman, Republican James Gallagher, on Monday urged businesses to stay open, saying: “The government can only take what you let them.”

Yuba City Mayor Shon Harris reluctantly told business owners to comply, saying anyone who ignores the rules is at risk of penalties from state regulators.

“I can’t officially say, ‘Turn a blind eye,’ ” Harris said. “We have the regulations in place, They are enforceable by the state. The state has proven they will enforce them.”

A day earlier, the Newsom administration told lawmakers it had taken back more than a half-million dollars in coronavirus aid from two Central Valley cities — Atwater and Coalinga — for ignoring state public health orders. That puts leaders like Harris in a tough spot because they generally oppose the new orders due to the impact on businesses but don’t want to risk losing money from the state.

In Orange County, Dara Maleki, the founder of The Pizza Press, shut down indoor dining on Tuesday at the four locations he operates. He’s worried people won’t keep turning out for patio dining as they did during a closure earlier in the year when their incomes were bolstered by stimulus funding and the weather was warmer.

And he doesn’t want to furlough employees with the holiday season approaching, knowing it can take months for unemployment benefits to kick in.

“We just brought these people back,” he said. “It’s really tragic.”

Outdoor dining, which accounts for about 30% of his seating capacity, was popular during the warmer months. But Maleki said he’s not sure how much of a chill Southern Californians are willing to withstand. Plus, patio heat lamps are in short supply.

“If we get a cold front, that’s just going to drop your sales for the week,” he said. “We’re weather wimps. It’s just the way it is.”

Tuesday’s cold, drizzly weather in Yuba City didn’t seem to bother Tony Baptiste, who stopped in to eat lunch outside on a restaurant on his way back to Chico. He said he supports the new restrictions because “the pandemic is so serious that we really all have to pull together.”

“You can object to your freedoms being infringed upon all you want,” he said. “But the reality is until we all pull in the same direction we’re not going to get a handle on this virus.”