LOS ANGELES - The US-brokered humanitarian ceasefire between Armenia and Azerbaijan did not hold. The press Secretary of Armenia’s Ministry of Defense Shushan Stepanyan reported that Azerbaijan began shelling various military positions, not long after the ceasefire went into effect.

Azerbaijan accused Armenia of violating the truce. This was the third attempt. The last two agreements were brokered by Russia and they too were short-lived.

Locally, hundreds gathered in Manhattan Beach Sunday night, to mourn the nearly one thousand Armenian soldiers who have been killed and to continue to show their support for the Armenian-American community. Among them was the wife of one Southern California man who traveled overseas to fight this war. 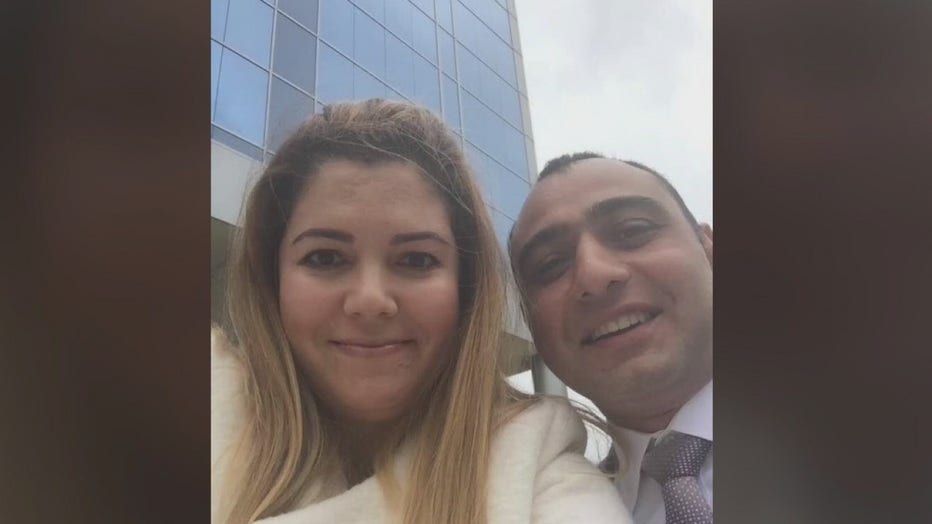 Life was simpler not that long ago. Haik is in commercial sales and Asrineh is an attorney. They’ve been married for 10 years — together for 15. But four weeks ago everything changed for the couple.

"So the world turned upside down. This humanitarian crisis, the war. It shook us, everything stopped this became the priority," said Arsineh.

Haik’s family and friends are back in Armenia. Arsineh said he became consumed with what was happening, so he bought a ticket to go help and left to go fight.

Now, this is her new reality. Attending countless protests and vigils in Los Angeles, while Haik has been busy volunteering and helping the soldiers, waiting to get a call to go to the frontlines. Until then — they have FaceTime.

"I understood him so my heart was with him, but my mind was saying 'I don't know if this is the best thing to do for us,' but I had to go with my soul and let him go. He is one man, untrained, leaving his house to go fight terrorists," said Arsineh.

"What are you thinking? Don’t think that. Get those thoughts out of your head ok. Keep fighting here. Only thing that should be in our head right now is winning," Haik said to her during a FaceTime call.

"I know we’re all supposed to think positive thoughts, but it’s a war, it isn’t predictable, we have lost about a thousand men already-- he doesn’t have a background in military experience, so I try not to but it’s there," said Arsineh.

What’s giving Arsineh the strength to "function," as she puts it, and get through each day, is having her community's support.

"I think that, that shared energy gives you a source of nutrition from inside, it feeds your soul, gives you hope and lets you know you’re not alone," said Arsineh.

For weeks the Armenian-American community in Southern California has been campaigning for the Trump Administration to intervene.

The community says the only way a ceasefire will have a chance to hold is if a third party peacekeeping force and international monitors are involved.