How long can survivors of Miami high-rise collapse survive under rubble?

Dr. Mike joins Good Day Philadelphia to discuss how long people who were buried under rubble during the high-rise collapse in Miami can survive as emergency crews try to reach them.

Crews dug through the rubble in the days following the collapse, searching for any survivors who may be trapped underneath mounds of concrete and twisted metal. Though few buried survivors have been pulled from the wreckage thus far, Dr. Mike Cirigliano said people have been known to survive weeks underneath piles of rubble.

Dr. Mike said a person can survive in what's known by experts as a "lean-to." A "lean-to" is a pocket of space within the rubble with a free-flowing oxygen supply. In some instances, Dr. Mike said rainwater can seep into lean-tos, providing survivors with a water supply.

A wing of the 12-story Champlain Towers came down around 1:30 a.m. Thursday in the town of Surfside, located just north of Miami Beach. Officials did not know how many people were in the tower when it fell.

"The building is literally pancaked," Surfside Mayor Charles Burkett said. "It has gone down, and I mean there’s just feet in between stories where there was 10 feet. That is heartbreaking because it doesn’t mean to me that we’re gonna be as successful as we would want to be to find people alive."

Hours after the collapse, searchers were trying to reach a trapped child whose parents were believed to be dead. In another case, rescuers saved a mother and child, but the woman’s leg had to be amputated to remove her from the rubble, Frank Rollason, director of Miami-Dade emergency management, told the Miami Herald.

"We still have hope that we will find people alive," Miami-Dade Mayor Daniella Levine Cava said during a news conference Friday.

Most Americans will remember that nearly 20 people were rescued from the rubble following the 9/11 attacks on the World Trade Center.

Other examples include a man in Haiti who reportedly survived two weeks underneath a crumbled building following a devastating 7.0 magnitude earthquake. According to The Telegraph, another Haitian man survived underneath a pile of rubble for over three weeks by drinking sewage water. 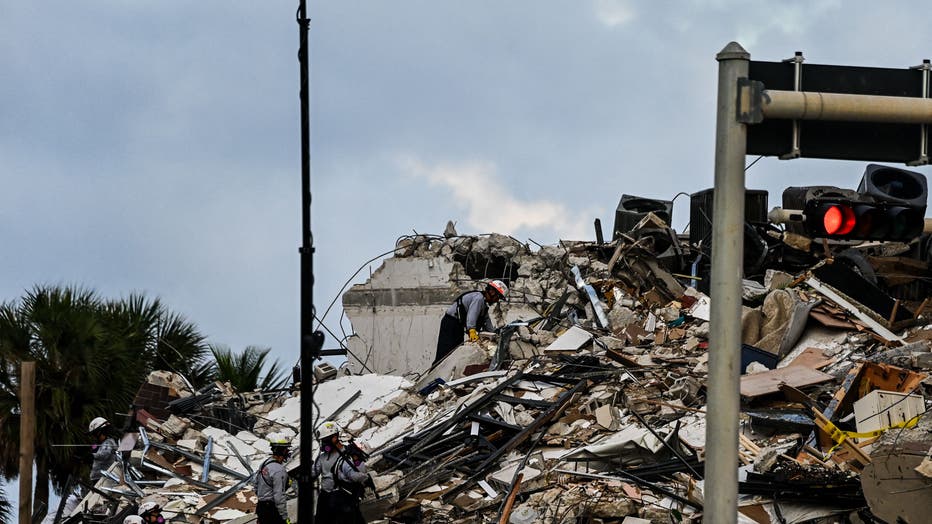 Of course, people who are trapped could be facing severe injuries like broken bones and burns, but Dr. Mike said survivors can hold out for rescue crews if they have an abundant oxygen supply. Some experts argue that without a water supply rescue efforts become a larger race against time.

During recovery efforts following the deadly blast in Beirut last year, Duke University Professor Dr. Richard Moon told the Associated Press that people can survive weeks without food, but only days without water.

It remains unclear what caused the 12-story condo building to suddenly crumble to the ground. Roof work was reportedly being done at the condo but it remained unclear if that was connected to the collapse, according to FOX 35 Orlando.

Florida professor: Surfside condo showed signs of sinking in 90s, but that wouldn't be only cause for collapse