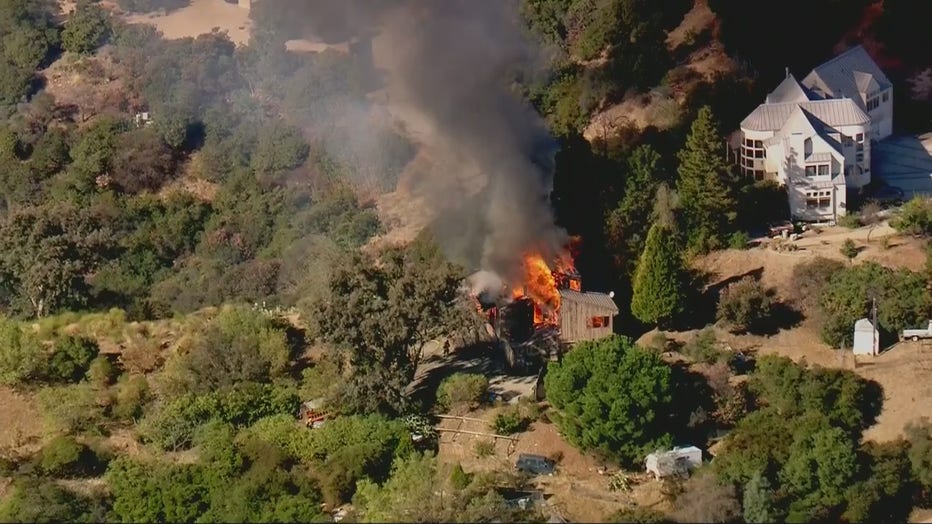 The Los Angeles County Fire Department said the two-story home was fully involved with a slight spread to brush along the hillside.

Flames were knocked down by 10:30 a.m., fire officials said.