Video showed dozens police officers in riot gear standing nearby or walking behind the protesters, but no violence or arrests were reported.

The demonstration began with a vigil at 8 p.m. Saturday at the corner of Sunset Boulevard and Vine Street, where people lined the rim of a bank's water fountain with lit candles and flowers.

They then marched north along Vine amid heavy vehicle traffic before turning west onto Hollywood Boulevard. 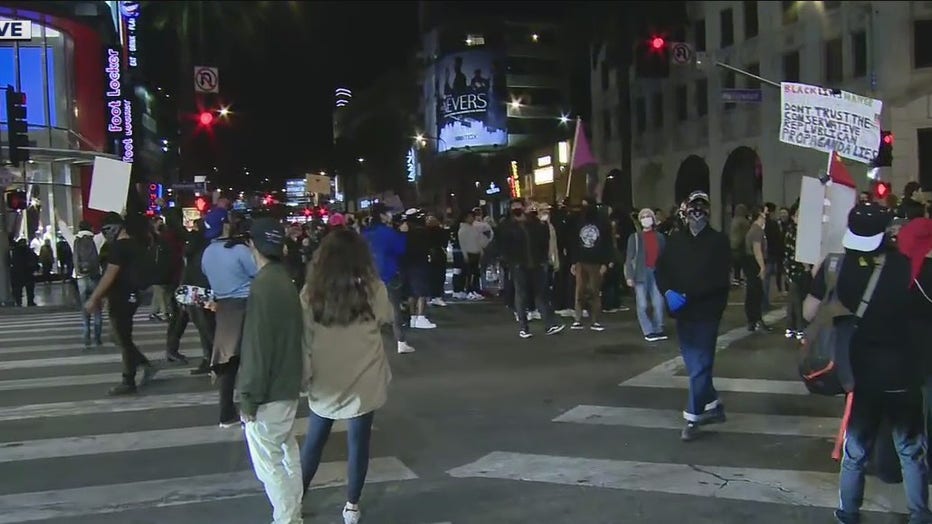 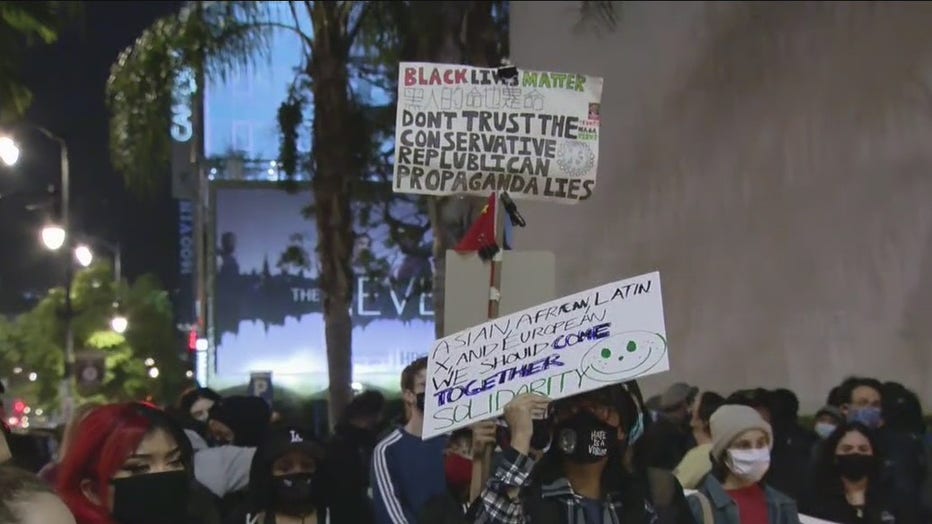 Most of the crowd had cleared out by 11 p.m. But some stood guard overnight near the lit candles to prevent vandals or others from destroying the  arrangement, as some on Twitter allege has happened to previous memorials.

"Thank you to all who stayed and guarded the memorial until 3 a.m.,'' Jessi Keenan tweeted.

Organizers said the memorials were designed to commemorate the victims and advocate for an end to police brutality.

Wright and Toledo are among the latest in a string of encounters with police nationwide that have ended with suspects being killed.

'The videos speak for themselves': Family attorney says Adam Toledo didn't have a gun in his hand when shot

A week ago on Sunday, April 11, Wright was shot and killed during a traffic stop in a Minneapolis suburb after a police officer said she mistook her gun for a Taser.

Toledo was shot and killed on March 28 by a police officer during a "shots fired'' investigation in Chicago's Little Village neighborhood. A graphic video of the shooting has since gone viral.

Activists have planned two more Los Angeles area vigils for Sunday. The first is scheduled for 4 p.m. on the south lawn at Los Angeles City Hall on Spring Street, the second is set for 7:30 p.m. at Leimert Park Plaza on Leimert Boulevard.