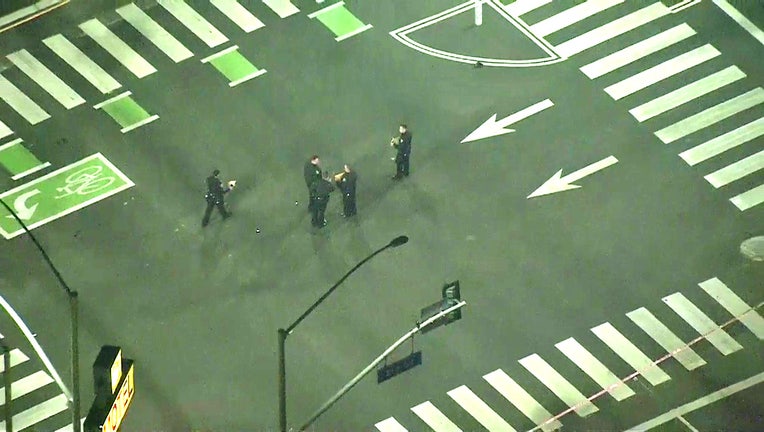 LONG BEACH, Calif. - A woman in her 20s was hospitalized in critical condition Wednesday night with injuries she suffered in a hit-and-run crash in Long Beach.

Police responded to the intersection of Atlantic Avenue and Third Street about 8:40 p.m. Wednesday, where officers located the victim, unconscious and breathing, laying in the street, according to the Long Beach Police Department.

Long Beach Fire Department paramedics treated the woman at the scene and took her to a hospital, police said.

The suspect vehicle was described as a dark blue or black four door Honda, police said. The model was unknown.

The intersection was closed for about 90 minutes before it reopened about 10 p.m., police said.