A high school student was shot and killed at a Halloween party in Bloomington in San Bernardino County Monday night.

RANCHO CUCAMONGA, Calif. - A high school sophomore was shot and killed at a Halloween party in Bloomington in San Bernardino County Monday night, according to school officials.

Robert Plyley, 15, a sophomore at Alta Loma High School in Rancho Cucamonga, was shot and killed on Halloween night at a party in nearby Bloomington, according to an email from Alta Loma Principal Jason Kaylor to the school community Tuesday.

According to San Bernardino County sheriff's deputies, the shooting happened at a residence in the 10600 block of Geronimo Avenue Monday night. Responding officers found Plyley on the driveway suffering from a gunshot wound. He was taken to the hospital where he died.

An investigation revealed several fights broke out at the party, leading to Plyley's fatal shooting.

A woman who witnessed the shooting spoke to FOX 11 about what she saw, and the chaos following the shooting.

"There were at least 300 to 500 people in the neighborhood," said Shannon. "I honestly thought maybe it was one of those TikTok things where people came from all over, because I was like there's no other way on a school night with these young kids," she said. 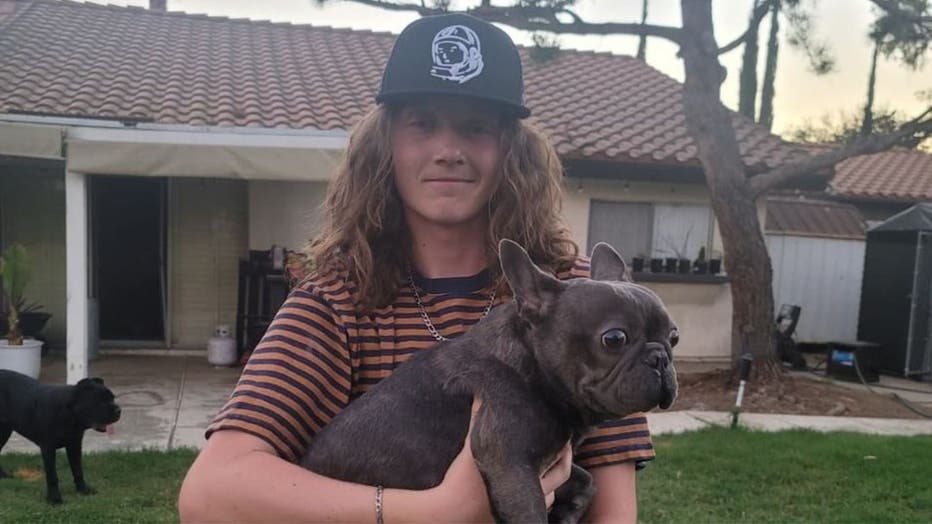 She said she and her husband heard the gunshot.

"I would say there was a single gunshot. My husband was like, 'get in the house,'" she said.

"We saw everybody running. [People saying], 'He's dead,' ‘They have a gun,’ 'He's got a gun,' and it was just like a stampede of kids running. It was actually very scary," said Shannon.

Shannon said law enforcement first hovered above with a helicopter while an ambulance came and then later sent officers to the scene.

"I honestly feel like if maybe police units came on scene the first time instead of just sending a helicopter, he (Plyley) might still be alive today," said Shannon.

"When adolescents lose a peer, it is difficult for them to express their feelings," Kaylor wrote in his email the community, adding that guidance counselors and therapists were on campus Tuesday to offer support to students.

"The Chaffey Joint Union High School District community mourns the passing of one of our beloved students, Robert Plyley, a sophomore at Alta Loma High School – and extends our deepest condolences and support to his family, friends, fellow students, and teachers. Robert was a wonderful young man, and his loss will be felt deeply by our entire school and District community. We are taking the necessary steps to support our students and staff and will gather a team of counselors and therapists who will be available to provide additional support."

Anyone with information or who has video from the party is asked to contact Detective Dave Carpenter at 909-890-4904.