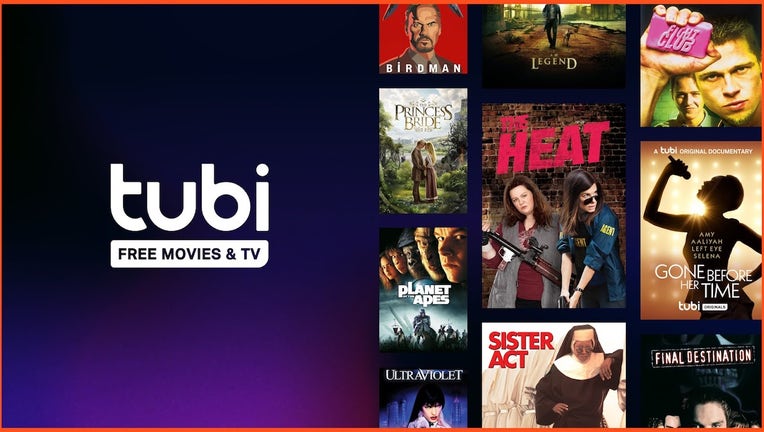 Chicago - Need something new to watch this month? Tubi has you covered. The free, ad-supported streaming platform is debuting two new original features alongside a slate of award-winning films and blockbuster classics.

So whether you want to watch Will Smith face off against vampires in "I Am Legend" or Michael Keaton riff on his Batman persona in the Oscar-winning "Birdman: Or (The Unexpected Virtue of Ignorance)," there’s something for everyone.

Check out a preview of Tubi’s two new originals and then find a full list of new arrivals, broken down by genre.

"Gone Before Her Time: When The Music Stopped" (streaming March 2):

This two-hour music documentary special "celebrates the influences, controversies and legacies of four iconic female performers whose lives tragically ended at the peaks of their careers — vocalists so big, we only need their first names to conjure their music in our ears and beauty in our eyes: Amy (Winehouse), Aaliyah (Dana Haughton), Left Eye (Lopes) and Selena (Quintanilla-Perez)."

This thriller follows a high school cheerleading captain named Beth who finds her world turned upside down when salacious videos of her smoking and drinking begin to circulate around the school. Though Beth insists the videos are fake, that’s not enough to stop her from getting kicked off the squad. Now Beth’s only hope of getting her life back on track is to catch the culprit and prove her innocence. But as she delves into her investigation, all signs point to the person she least suspected.

"A Low Down Dirty Shame"
"Brown Sugar"
"Eve’s Bayou"
"Fat Albert"
"I Think I Love My Wife"
"Johnson Family Vacation"
"Mr. 3000"
"Our Family Wedding"
"Set It Off"
"Tales From the Hood"
"The Players Club"
"The Sixth Man"
"Thin Line Between Love and Hate"
"Three Can Play that Game"

SPOTLIGHT: Before Selena Gomez was solving mysteries in "Only Murders in the Building," she was palling around with her kid sister Joey King in "Ramona and Beezus."

The Freak Brothers (2021): Smoke 'em if you got 'em! Pete Davidson, Woody Harrelson and John Goodman lead the voice cast of this adult animated stoner comedy based on Gilbert Shelton’s cult classic comic, "The Fabulous Furry Freak Brothers." The series follows three 1960s hippie stoners who smoke a magical strain of weed, only to fall into a 50-year slumber and wake up in the 2020s. While time (and weed culture) may have changed, the Freak Brothers are just as mellow as ever. "The Freak Brothers" is a Tubi Original. Rated TV-MA. One season, 8 episodes. Also featuring the voices of Tiffany Haddish, La La Anthony, Adam Devine.