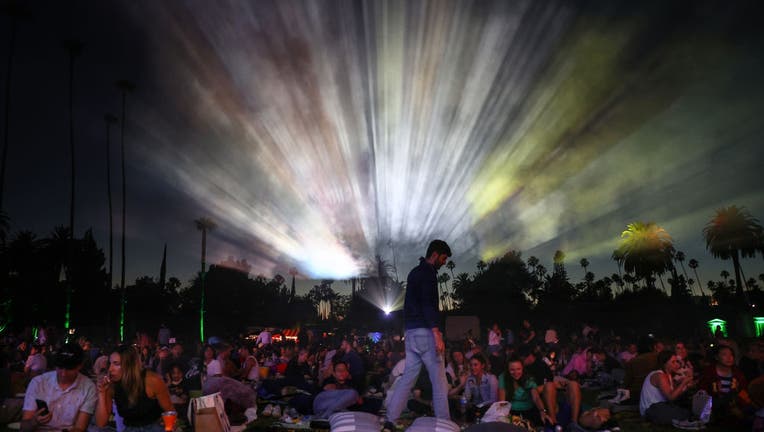 LOS ANGELES - The October lineup of film screenings at the Hollywood Forever Cemetery and Los Angeles Theater has been announced, and it features some of the most iconic horror movies of all time.

The events are put together by Cinespia, which has been putting on film screenings in the Hollywood Forever Cemetery for more than two decades. This Halloween season's fun kicks off on Saturday, Oct. 15, and goes through the last three Saturdays of the month.

The first weekend will feature John Carpenter's "The Thing," which celebrates its 40th anniversary in 2022. Next, on Oct. 22, the cemetery will screen "Carrie" the 1976 Stephen King adaptation directed by Brian De Palma.

The final night of the 2022 season wraps up with "Bram Stoker's Dracula." Francis Ford Coppola's adaptation of the 1897 novel celebrates its 30th anniversary in 2022 at the Los Angeles Theatre. Doors for this event open at 7:15 p.m. and the film starts at 9 p.m. Tickets are $44.

In addition to the screenings, there will be DJ sets before and after each movie each night.

More information about dates and tickets can be found at cinespia.org.