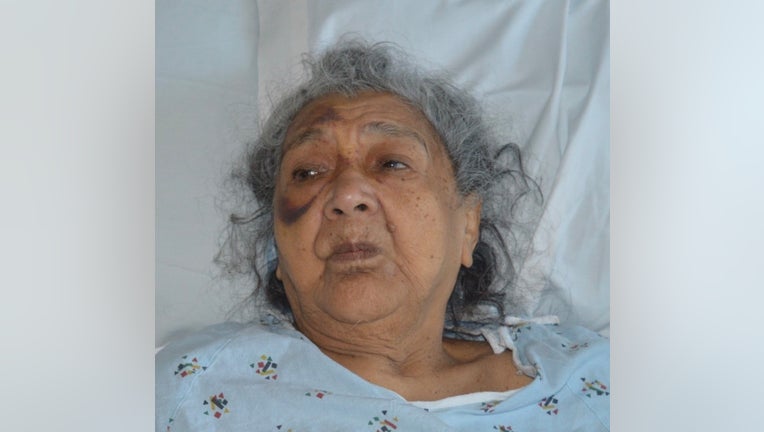 TORRANCE, Calif. - Los Angeles County health officials Thursday sought the public’s help identifying a patient who was found in front of a hotel in Torrance before she was taken to a local hospital earlier this month.

Authorities said the unidentified woman was found by Torrance firefighters in front of the Ramada Hotel located near the intersection of the Pacific Coast Highway and Robinson Way on Sept. 7.

She was then taken to the Harbor-UCLA Medical Center.

The woman has no documentation to identify her and officials said she is unable to communicate any information other than the name “Lucia” and sometimes the last name “Hernandez.”

She is described as a Latina/Hispanic woman in her early to late 70s with brown eyes, grey hair, weighing 117 pounds and is 4 feet 8 inches tall. She has a medium build with a mole on the left side of her face above her mouth.

When she arrived at the hospital, she was wearing black shoes and blue sweatpants.