Pendleton was immobile, with a breathing tube inserted down his throat, but was still shackled hand and foot to the hospital bed.

He died Sunday — making him the first detainee of Cook County Jail to die of COVID-19.

His brothers, Donnell Todd and Warren Pendleton, say the shackling was excessive, and are suing the jail to stop the practice.

“He was treated like an animal,” Todd said. “I don’t think anyone deserves that treatment. He was sick and needed help. And to still have him shackled by hand and foot, with a guard — that’s too extreme.”

The brothers have filed a federal lawsuit against Sheriff Tom Dart and Cook County, alleging they violated their brother’s constitutional rights by shackling him to a hospital bed. The lawsuit alleges the shackling policy “was excessive, caused gratuitous pain, and violated his rights under the Fourteenth Amendment.” 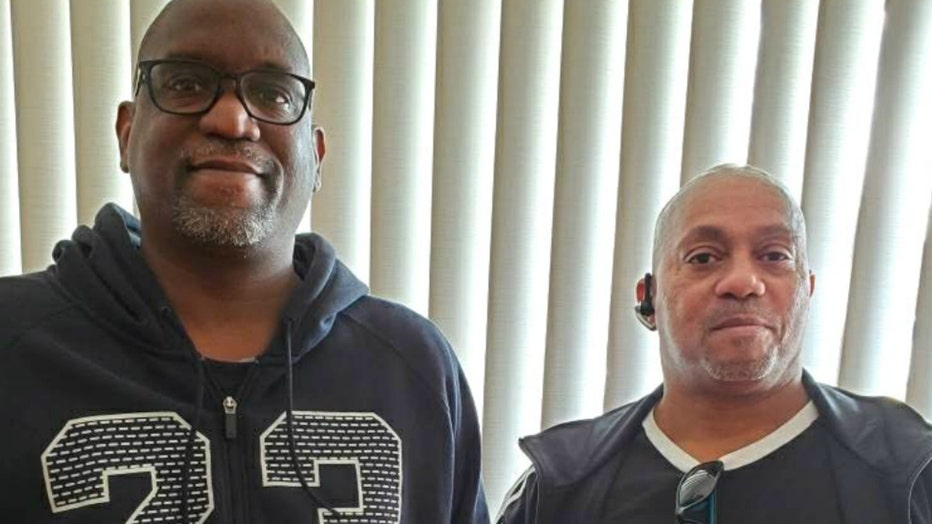 Donnell Todd (left) and Warren Pendleton say the shackling of their brother, Jeffery Pendleton, at Stroger Hospital was excessive, and are suing the Cook County Jail to stop the practice. | Provided photo

Jeffery Pendleton was in the hospital for six days before he died. He was awaiting trial on gun and drug charges.

His other brother, Warren Pendleton, said shackling was a “cruel punishment” for someone so medically fragile. Jeffery Pendleton had been shot in the kidney, recently had back surgery and had pneumonia multiple times, Warren Pendleton said.

“Who knows how long he had (COVID-19) before the hospital?” he said. “He called me Saturday saying they would put a tube down their throat. Then I got a call Sunday saying he passed. How could you let someone be shackled — someone who can’t breathe? He can’t go anywhere.”

The sheriff’s office hasn’t commented on the lawsuit, saying it hadn’t been served with it.

Cook County Jail is considered one of the largest cluster of coronavirus cases in the country. More than 270 detainees have tested positive for COVID-19, and 21 of them are being treated at hospitals, according to the sheriff’s office. On Thursday, a second detainee died from the disease.