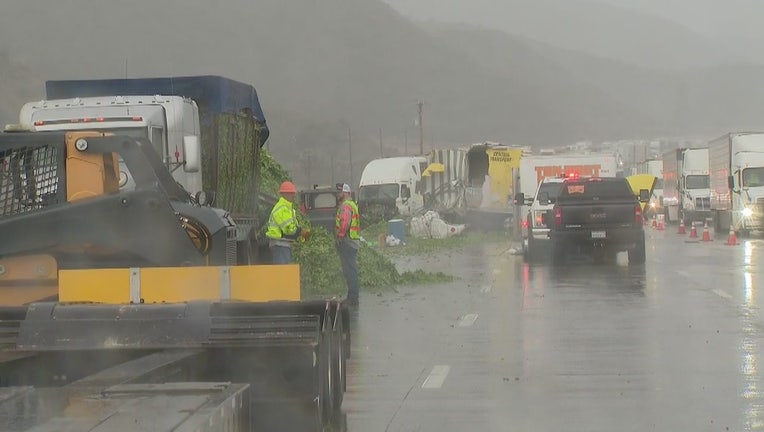 GORMAN, Calif. - A SigAlert has been issued on the northbound lanes of the 5 Freeway near the Grapevine Pass after two big rigs crashed in a collision that involved a hay spill Wednesday morning, officials said.

The accident involving a hazardous materials spill occurred near state Route 138 about 3:05 a.m., according to the California Highway Patrol.

The SigAlert was issued about 4:15 a.m. for all northbound lanes of the Golden State Freeway near state Route 138 until further notice, the CHP said.

Two big rigs were involved in a crash that involved a massive hay spill on the northbound 5 Freeway Wednesday morning. Officials ordered a SigAlert and expected the lane closures to be in effect for hours.

One patient was taken to a local hospital with minor injuries, officials said.