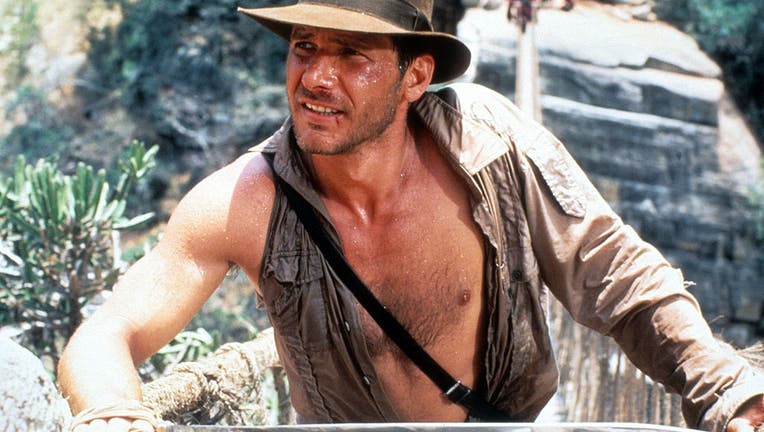 Harrison Ford in a scene from the film 'Indiana Jones And The Temple Of Doom', 1984.

LOS ANGELES - Christmas came early for "Indiana Jones" fans after Harrison Ford made a surprise appearance Thursday at the Lucasfilm panel at Star Wars Celebration to announce the release date for the latest installment in the iconic franchise.

"Indiana Jones 5" will hit theaters June 30, 2023, according to Ford, 79, who was approached the stage as composer John Williams and a live orchestra played the "Indy" theme from the beloved film, according to The Hollywood Reporter.

Ford took a moment to honor Williams who will celebrate his 90th birthday in February.

"It’s a special honor for me to be able to congratulate John on his 90th birthday," Ford told the audience. "I told John on another occasion that we had the chance to be together, and that music follows me everywhere I go. And you know what? I’m happy about it."

The upcoming fifth installment features the heroic American archaeologist whose search for mythological artifacts lands him in the midst of potentially world-altering conflicts.

"Indiana Jones 5" was originally set to release in July 2020 but was pushed back because of the ongoing COVID-19 pandemic.