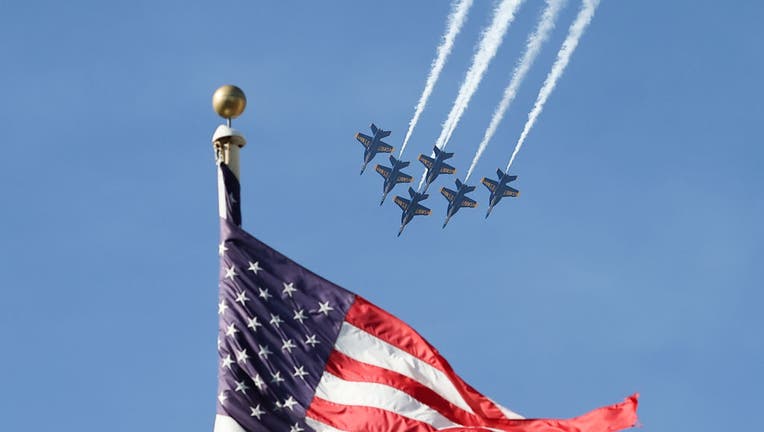 WASHINGTON - U.S. Navy will be one year older Thursday when the maritime service branch will turn 247 years old!

Navy brass said this year’s theme will be "On Watch - 24/7 for 247 Years." The theme will highlight the Navy’s "enduring ability to remain fully ready to respond to and effectively deter emergent threats."

Several events are taking place around the country to commemorate the celebration.

The USS Jacob Jones was torpedoed and sunk by a German submarine on December 6, 1917.

The Navy League of the United States will host its 247th U.S. Navy Birthday Ball on October 15 outside Washington, D.C. In Annapolis, Maryland, home of the U.S. Naval Academy, a concert will be held on Thursday.

RELATED: Military couple relocating loses everything in overnight theft: ‘We are devastated’

The public is also encouraged to visit their local naval museums, watch a naval movie, or visit the closest naval base to also celebrate the milestone.

History of the U.S. Navy

According to the Naval History and Heritage Command, the Continental Congress established what is now the U.S. Navy on October 13, 1775.

The event was marked with "a swift sailing vessel, to carry ten carriage guns, and a proportionable number of swivels, with eighty men, be fitted, with all possible despatch, for a cruise of three months…."

A miniature Australian shepherd got excited when one of his owners returned from military deployment to the family’s home.

After the American Revolutionary War— or the American War of Independence— the U.S. Constitution gave power to the new Congress "to provide and maintain a navy."

The Department of the Navy was established on April 30, 1798.

However, in 1972, Chief of Naval Operations Admiral Elmo R. Zumwalt officially proclaimed October 13 to be the Navy’s birthday.

Today, the U.S. Navy has more than 340,000 active duty members, according to the Department of Defense. The U.S. has the second navy in the world, coming after China.

In August 2021, the Senate confirmed Carlos Del Toro as secretary of the Navy by unanimous consent, making him the second-ever Hispanic Navy secretary. The Naval Academy graduate served in the U.S. Navy for 22 years as program manager for the then Space and Naval Warfare Command before serving as a senior executive assistant within the Office of the Secretary of Defense.