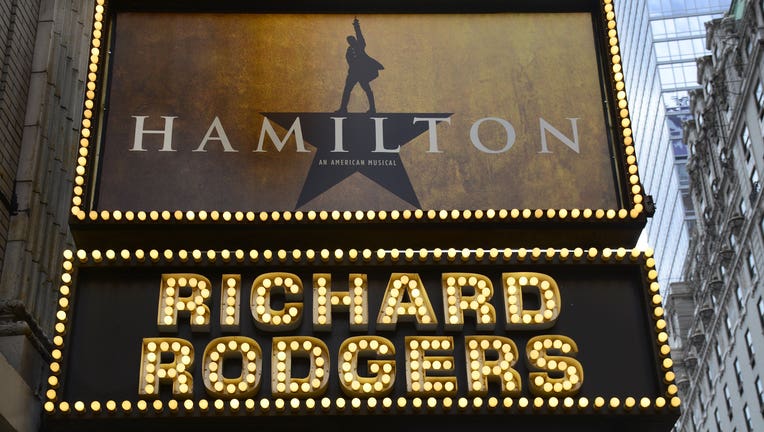 NEW YORK, NY - APRIL 27, 2015: The Richard Rodgers Theatre on 46th Street in New York City is the site of the July 13, 2015 Broadway theater premiere of the musical "Hamilton,' based on the life of American statesman and Founding Father Alexander Ham

LOS ANGELES - Moviegoers who never got the chance to see Lin-Manuel Miranda's  Broadway smash "Hamilton" on a stage will get a chance to see it on the big screen next year, thanks to Disney Studios.

Lin-Manuel Miranda, who created and starred in the musical, announced Monday morning that a filmed version of the play would be coming to movie theaters in October 2021.

"Disney presents: Hamilton. With The Original Broadway Cast. Filmed on stage at The Richard Rodgers Theatre. In A Theater Near You. October 15, 2021.#Hamilfilm,'' Miranda tweeted.

"Lin-Manuel Miranda created an unforgettable theater experience and a true cultural phenomenon, and it was for good reason that 'Hamilton' was hailed as an astonishing work of art," Disney CEO and Chairman Bob Iger said.

"All who saw it with the original cast will never forget that singular experience. And we*re thrilled to have the opportunity to share this same Broadway experience with millions of people around the world."