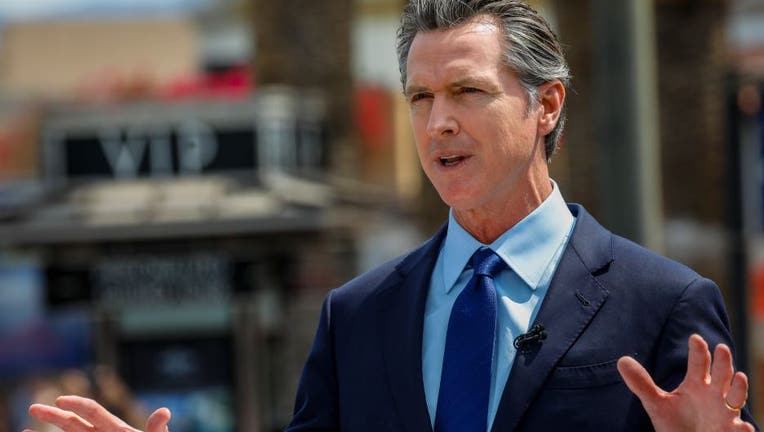 SACRAMENTO, Calif. - In some ways, the new spending plan approved by the California Legislature on Monday is about going backward: Back to a time before the pandemic, when California’s roaring economy fueled budget surpluses.

The $262.6 billion proposal now on its way to Gov. Gavin Newsom’s desk would restore spending cuts to public schools, colleges and universities, the courts, child support services and state worker salaries — all things that were cut last year when state officials thought they were facing a record budget deficit because of the coronavirus.

Instead, state revenues soared by more than 27%, the biggest year-over-year increase in more than four decades. That includes roughly $100 billion in new money, both from a state surplus and coronavirus aid from the federal government. It’s so much money that the state plans to give rebates of up to $1,100 to more than 15 million households while also pledging to pay for every 4-year-old to go to kindergarten for free and guaranteeing government-funded health coverage for low-income immigrants 50 and older living in the country illegally.

"This budget does not get us back to normal, as that was not our intent," said state Assemblyman Joaquin Arambula, a Democrat from Fresno. "Instead, it gets us to a better place by making transformative change for Californians."

Democrats in charge of the state Legislature would have spent even more money over time, but Newsom — who will face a recall election later this year — convinced them to adopt a more cautious approach that relies more on one-time spending instead of multi-year commitments.

That means the state won’t spend $200 million this year to hire more people in local public health departments in the aftermath of the pandemic. Instead, the Newsom administration committed to spend $300 million next year. The Newsom administration said the money wasn’t needed this year, in part, because the federal government is giving California $1.8 billion for public health, with most of that going for vaccines and coronavirus testing.

Still, there was some grumbling among Democrats about missing the chance to bolster local public health departments, many of which were overwhelmed by the pandemic. State Sen. Richard Pan, a pediatrician and Democrat from Sacramento, said he wanted the Newsom administration to do more than simply "spend the whole year doing planning."

"We already know from the pandemic some of our weaknesses," he said.

Republicans, meanwhile, grumbled about a tax increase on businesses with 500 or more employees. The hike would more than double an environmental fee that primarily goes into two funds to pay for cleaning up hazardous waste sites throughout the state.

The budget eliminates the fee for businesses with fewer than 100 employees and keeps it the same for those 100 to 499 workers.

State Sen. Shannon Grove, a Republican from Bakersfield, said the tax increase will discourage companies from hiring more people for fear of growing too large and having to pay a much bigger fee.

"Why do we punish employers for hiring people?" she said.

The tax increase required a two-thirds vote from the Legislature, a task made easier by Democrats controlling enough seats that they don’t need Republican votes. Assemblywoman Cristina Garcia, a Democrat from Bell Gardens, said large employers were part of the negotiations on the bill and agreed to pay the higher tax "because they understand that for a long time they have not been paying their fair share."

"Not paying their fair share means communities like mine get treated like we’re a wasteland and like we’re disposable and it’s OK to let us be sicker," said Garcia, who represents communities contaminated with lead from a nearby battery plant.

In the past year, California has paid $153 billion in unemployment benefits, including billions of fraudulent payments to prison inmates and others who were not eligible. The state quickly ran out of money to pay benefits and had to take out a loan form the federal government to pay the rest.

The state’s debt is approaching $24 billion, all which must be paid back to the federal government with interest. But the budget does not include any money to begin paying off the debt.

The federal government has forgiven the state’s interest payments through September, and the Newsom administration hopes they will forgive more in the future. But it took the state seven years to pay off a much smaller loan after the Great Recession more than a decade ago. The Legislative Analyst’s Office estimates interest payments on this current debt could cost the state between $2.5 billion and $5 billion over the next decade.

"I don’t understand how $2.5 to $5 billion isn’t a priority to this administration," said Assemblywoman Suzette Martinez Valladares, a Republican from Santa Clarita.

Erika Li, chief deputy for the California Department of Finance, said the debt "is a priority for this administration."

"It is something we are working on and will continue to work on," she said.