Rep. Mary Miller, R-Ill., and others speak on July 21, 2021, at a press conference to introduce the Protecting Life on College Campus Act of 2021, which aims to block federal funding of colleges and universities that provide access to abortion pills on campus.

WASHINGTON - Republican lawmakers on Wednesday introduced legislation aimed at prohibiting universities and colleges from receiving federal funding if they provide abortion pills to students on campus.

The Protecting Life on College Campus Act of 2021 was introduced by lead sponsors Sen. Steve Daines of Montana and Reps. Mary Miller (Ill.) and Chip Roy (Texas) in response to a California law that will require the state’s public universities to provide access to abortion pills on campus.

In order to remain eligible for federal funding, the institutions that have school-based health clinics would be required to submit an annual report to the Department of Health and Human Services and Department of Education, "certifying that no such site provides abortion drugs or abortions" to students or employees.

"The abortion industry exploits young women. Girls that are getting these drugs are left dealing with the side effects on their own," Miller said during a press conference on Capitol Hill. 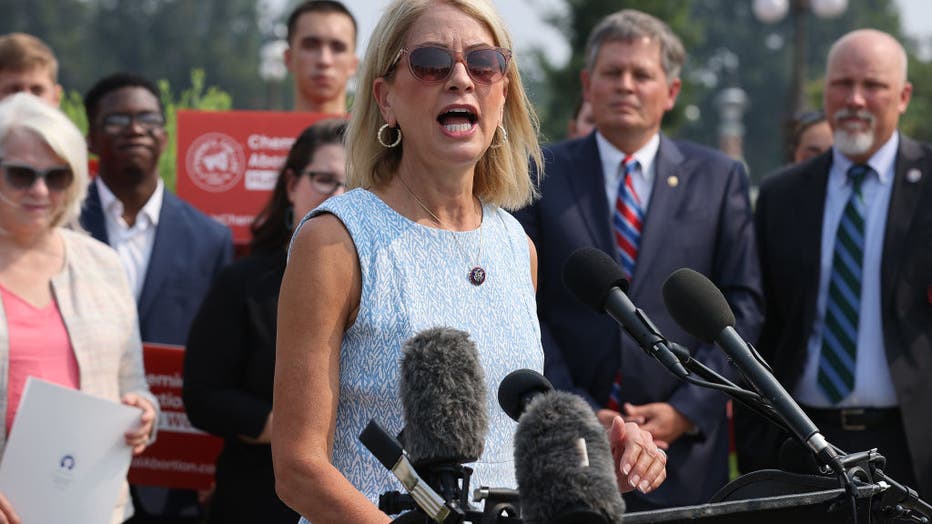 Abortion medication is an option for women who are less than 10 weeks pregnant. The process requires taking two pills. The first pill, taken at the clinics, blocks the hormone progesterone. The second, taken a few days later at home, has an effect similar to a miscarriage.

California will become the first state to require abortion medication on college campuses under the law signed in 2019 by Democratic Gov. Gavin Newsom. More than 400,000 women attend public universities in the state.

The law, which doesn’t take effect until 2023, applies to 34 campuses in the University of California and California State University systems. But it will only be implemented if a state commission can raise more than $10 million in private donations to pay for it.

"Abortion is a protected right, and it is important that everyone — including college students — have access to that right, if they so choose," Democratic Sen. Connie Leyva, the bill’s author, said when it was signed into law.

Former California Gov. Jerry Brown vetoed a similar bill in 2018, arguing it was not necessary because abortion services were readily available off-campus. But after taking office in early 2019, Newsom said the law is needed "as other states and the federal government go backward, restricting reproductive freedom."

Several Republican-led states have passed laws banning abortions once a fetal heartbeat is detected, though many have either been struck down or temporarily blocked by the courts.

Several new bills are being introduced that could change abortion rights for many women on a state level.

"For too long the abortion industry has been taking advantage of vulnerable women and now, blue states like California are beginning to require campus clinics to provide chemical abortions on-demand," Daines said in a statement. "We cannot allow campus health centers to turn into abortion clinics."