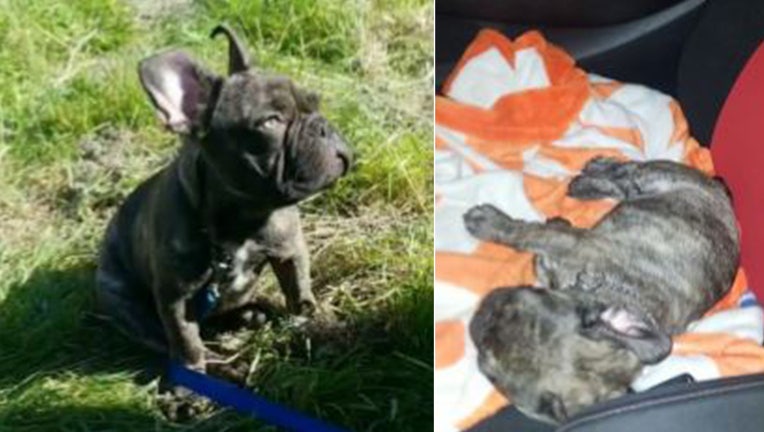 GLENDALE, Calif. - A man whose work truck was stolen with his 5-month- old puppy inside has been reunited with his pet -- and his truck, Glendale police announced Monday.

The blue GMC Sierra C1500 pick-up was stolen about 3 a.m. Thursday from where it was parked near Broadway and Orange Street in Glendale, said Glendale police Sgt. Dan Suttles.

"The owner had left the truck running in order to keep the dog warm while he finished working on the roof of a building adjacent to where the truck was parked," Suttles said earlier. "He power-washes commercial buildings and had a pressure washer in the bed of his truck, along with several hoses and pressure wands."

Officers from the Los Angeles Police Department's Northeast Division found the vehicle Friday with the male French Bulldog, named Cain, inside, and the canine was reunited with his owner, the Glendale Police Department announced.

It's unclear whether the man's equipment was recovered.