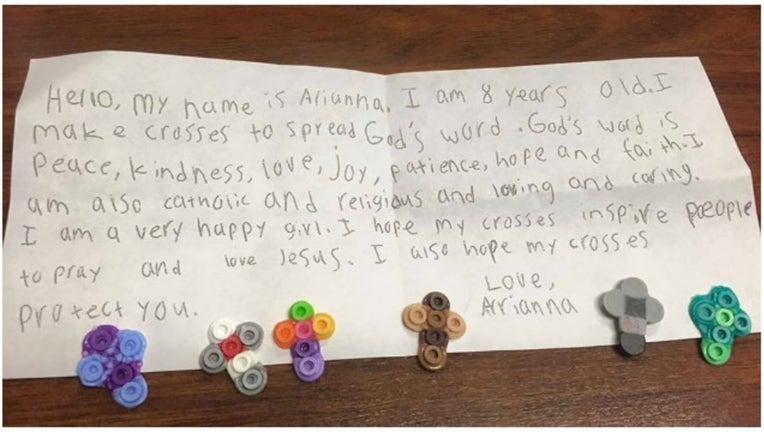 ATHENS, Ga. - The Athens-Clarke County Police Department said they received a touching email last week from a woman whose daughter wanted to "touch the lives of as many police officers as possible all over the country."

In the email, the police department said that 8-year-old Arianna asked how many officers they had. After telling her how many, days later, the department received a letter from the little girl and a bag containing 240 hand-made crosses for each officer.

In Arianna's letter, she told the officers she makes crosses to spread God's word and that she hopes her crosses will protect them.

"To say we are touched is an understatement," the police department said on Facebook. "She made each one herself and wrote her nickname on the back. What an absolutely priceless gift!

The letter is posted on the Athens-Clarke County Police Department Facebook page.

Last week we received an email from a lady who said that her daughter wants to touch the lives of as many police...