A mother said her 4-year-old daughter became blind after being hospitalized for the flu in Iowa.

WATERLOO, Iowa - A mother from Waterloo, Iowa, said her daughter became blind after being hospitalized for the flu.

As Jade was being treated for the flu, she lost her eyesight, Phillips said.

“We’re doing one final test here soon to see if her brain will react to her eyes. If her brain DOES respond then there’s hope for her eyesight returning. If it doesn’t then we’ll be taking home the bravest, strongest, kindest, blind girl I will ever meet,” Phillips said, as her daughter was about to be discharged from the hospital. 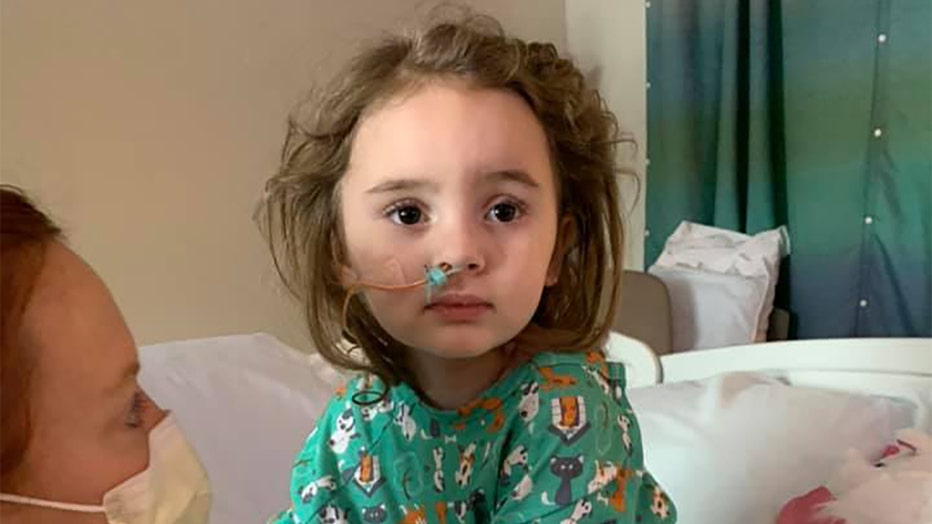 Jade DeLucia, a 4-year-old Iowa girl, becomes blind after suffering from the flu and being hospitalized for 16 days, her mother said. (Photo: Amanda Phillips)

The mother said the family won’t know whether Jade will be able to see again for another six to 12 months.

“We just have to wait and see if her vision returns. Her eyes are 100% healthy it’s the optic nerve that’s damaged. It could heal itself but we won’t know until she tells us she can see. That’s when we’ll know for sure,” Phillips said.

Despite the uncertain news about her eyesight, the 4-year-old and her family remain optimistic.

Jade has been back home for a few days and her mother said she is doing well.

“She’s walking around getting reused to our house, eating and drinking great, and is talking a lot more now! She still cannot see but she’s a fighter!” Phillips said on Monday.

Phillips said her daughter did get the flu shot earlier this year, but “what happened to Jade was rare.”

“My message to parents is to always make sure to take your kids in and ask for tests if you think something is wrong. She was her normal happy self until the morning we rushed her to the ER. I don’t take a stance on vaccinations because I’m not a doctor or educated enough to tell parents if they should or should not,” she said.

The mother said she wanted to thank the hospital.

“I would say that the Children’s Hospital was absolutely amazing. The doctors, nurses, and all of the staff were so compassionate and skilled and were able to give us back our daughter,” she said.