BERLIN - A nurse in Germany is accused of allegedly injecting thousands of people with saline solution instead of giving them a COVID-19 vaccine, according to a Reuters report.

The nurse is suspected of injecting more than 10,000 individuals with saline solution at a vaccination center in Friesland, a rural district near the North Sea.

Sven Ambrosy, a district councilor, posted on his Facebook page on Friday announcing that new evidence shows the nurse may have injected more than the original 8,600 believed to be affected when the deception was discovered.

It is believed the nurse allegedly distributed the saline shots between March and April of this year.

Local police told news media that witness statements alerted them to "a reasonable suspicion of danger," according to Reuters.

The motive for the nurse’s actions has not been confirmed, however, police said the nurse posted on social media sharing her skepticism for the COVID-19 vaccines, Reuters reported.

"The fact that we have to start this call is very affected by me, because many of our citizens may not have the vaccination they wanted, which they deserve. That's why the most important thing for us is to inform these people, answer their questions and offer further vaccination. I therefore ask all citizens to contact us if they have received a vaccination during the said period," Ambrosy wrote on his Facebook page on Aug. 10. 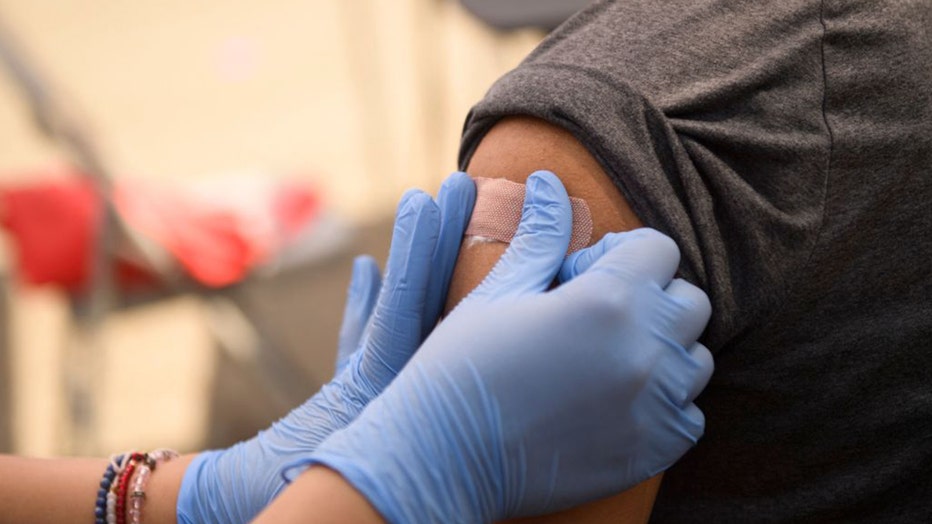 FILE - A person receives a bandage after their first dose of the Pfizer COVID-19 vaccine at a mobile vaccination clinic during a back-to-school event.

It is not known whether or not the nurse has been arrested for her alleged deception, but local news media have reported that the case is being investigated by a special unit that looks into politically motivated crimes, according to Reuters.